Dr. Guy Fisher’s “Vicious Circle” novel is being produced as a movie by Debbie Allen and Lee Daniels 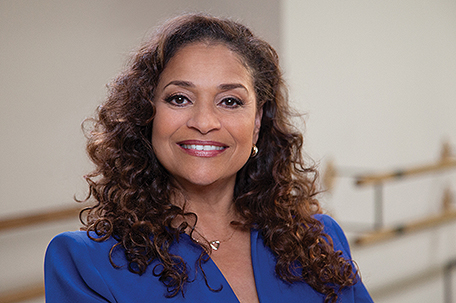 May 14, 2021 Category: Go With The-Flo Posted by: Philadelphia Sun Staff

“Grey’s Anatomy” starJesse Williamsis departing the hit ABC medical drama after appearing on the show for 12 seasons, reports Deadline. His character Jackson Avery’s pending exit from the series was revealed on May 6. The handsome actor’s final show, called “Tradition,” will air May 20. Over the past few years, Williams has extended his work portfolio far beyond acting. He has directed episodes of “Grey’s Anatomy” and “Rebel.”  Also moving into producing, Willams won an Oscar in the Live-Action Short Film category last month for “Two Distant Strangers.” “We will miss Jesse terribly and we will miss Jackson Avery — played to perfection for so many years,” “Grey’s Anatomy” executive producer and showrunner Krista Vernoff told Deadline…….

Dr. Guy Fisher, the Harlem icon who was the first African American to own the legendary Apollo Theater, returned home to the East Coast for the first time in four decades for a celebratory homecoming this past Mother’s Day weekend. “The Real Godfather of Harlem,” who was released on October 28, 2020 after 38 years in prison, has written over 60 books and screenplays. His “Vicious Circle” novel is being produced as a movie by two highly acclaimed filmmakers who are members of the Hollywood Walk of Fame, “Grey’s Anatomy” executive producer Debbie Allen, and Oscar-nominated director/producer and co-creator of “Empire,” Lee Daniels. Fisher has also launched a signature new clothing line. “Debbie opened the door for me,” Fisher says of the award-winning director, producer, actress and choreographer who inspired his writing career while he was incarcerated……..

Philanthropist Jean Shafiroff co-chaired the American Humane’s “Pups4Patriots” gala to pay tribute to lifesaving service dogs at the Brazilian Court Hotel in Palm Beach, Florida. American Humane’s Pups4Patriots program from the Lois Pope LIFE Center for Military Affairs provides highly skilled service dogs to veterans suffering the invisible wounds of war — post-traumatic stress and traumatic brain injury. In addition to co-chairing the Pups4Patriots gala and other American Humane events, Shafiroff was recently elected to their board. She is already an ambassador for American Humane and is the national spokesperson for the organization’s “Feed the Hungry” COVID-19program, an initiative designed to provide food for 1,000,000 shelter animals………..

Malik McIntyre, a 24-year-old, active duty sailor in the United States Navy, is creating waves throughout the world of fashion and design with his newest collection released on April 10. This already successful entrepreneur has been designing for several years and the newest collection from his Kash Kouture line is composed of luxury street wear with an urban flare, and a lot of color! The designs have been selling at an extraordinary pace, taking some of his biggest, established competitors by surprise…….