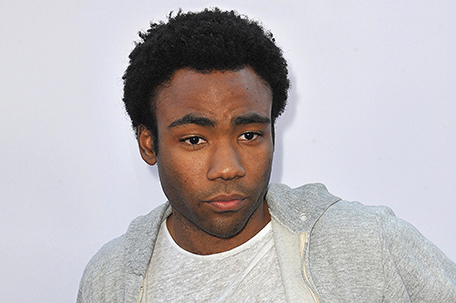 According to my sources, Donald Glover felt playing the role of Lando Calarissian in the next Star Wars installment because Solo was a flop, was beneath him. Well no worries, Donny, Billy Dee Williams is returning to the galaxy. Many reports say the still hot actor, who, famously played the galatic gambler Lando will reprise the role for “Star Wars: Episode IX,” the next Star Wars installment from Lucas film. Chatter about Williams joining the production, which is set to  begin production later this summer, increased over the past week when Billy Dee had to opt out of an upcoming sci-fi and pop culture convention because of movie schedule conflict. The film is set to open December 20, 2019………….

“Soul Food” producer Felicia D. Henderson has signed on with 20th Century Fox in a multiple-year, multi-million dollar overall deal. As part of the pact, according to the Hollywood Reporter, she’ll develop new projects for the 20th TV as well as join Empire, as a consulting producer for its fifth season. Many aide from her work with Soul Food, this creative genius also has a long history of writing comic books, with a catalogue that includes Teen Titans, Justice Society of America and Static Shock for DC Comics………

Word on the Curb is Beyonce’ and Jay-Z, Ed Sheeran, Pharrell Williams and Usher are among the headliners reportedly set for the first Global Citizen Festival to be held in Africa, honoring Nelson Mandela’s centennial, on Sunday, December 2. Sources say Oprah Winfrey will deliver a special  keynote address remembering Mandela and his legacy at the free-ticketed event, which will take place at the FNB Stadium in Johannesburg, South Africa………..

The send-off of Joseph Jackson at Forest Lawn Cemetery on July 2, was star-studded. Aside from the patriarch’s wife of 70 years, matriarch Katherine Jackson, all of Joe’s living children and grandchildren were in attendance, as well as Motown founder Berry Gordy, Suzanne dePasse, Stevie Wonder, Johnny Gill and others. Longtime family friend Steven Manning spoke at the repast…..