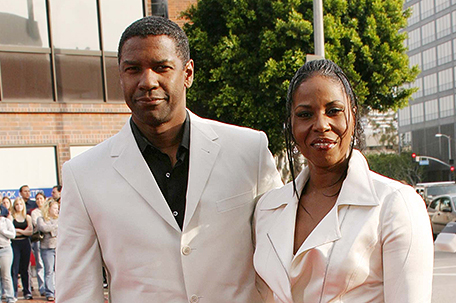 Vivica A. Fox joined chair of the Darby County, Pennsylvania Democratic Party, Richard Womack Jr., for the DogonVillage.com’s 2016 Democratic National Convention (DNC) Watch Party, complete with dinner, dancing, DJ, and a live performance. Themed “Celebrating the Black Vote,” the soiree was held July 26 in the ballroom of the Sheet Metal Workers Union hall on Penns Landing in Philadelphia. “I am excited to join with the Laborers’ District Council of Philadelphia to celebrate the Black vote,” said Vivica………

“At three in the morning, on eBay, I bought a long, red wig. The style was fittingly called ‘Showgirl,’ and I fell in love at first sight.” So began author and artist Stacy Harshman’s journey down the rabbit hole of disguise which sets off a life altering and moving journey. “Crowning Glory” shares the highs, lows and hilarity of a sociological experiment Harshman undertakes to see how her life– an especially the reactions of others– might change just by donning different hair colors. “Crowning Glory: Through Disguise” is available in front and all major multmedia formats……..

On July 22, Lifetime hosted a viewing party at Suite Food Lounge for the premiere of the second season of its hit series “The Rap Game.” Executive Producer Jermaine Dupri, was on hand to celebrate the show’s debut with over 200 local VIPs including producer Irv Gotti, Erica Dixon, Miss Mulatto, Ms. Juicy of “Little Women:Atlanta,” Shay Johnson and more. “The Rap Game”– airing Fridays on Lifetime– will give five emerging young hip hop-artists, ages 12 through 16, the opportunity to rhyme and flow with J.D. as he searches for the next big name in hip hop. …….

The Harlem Cultural Archives will recognize the numerous accomplishments of renowned psychologists and civil rights activists Doctors Kenneth B. and Mamie Phipps Clark and the 70th anniversary of the Northside Center for Child Development at their annual “Harlem in the Hamptons” event on August 13, noon-5 p.m. at the Eastside Community Historical Society Heritage House, 139 Hampton Street, Sag Harbor, New York. A “Hamptons Casual” event in the style of an old-fashioned church picnic, “Harlem in the Hamptons” will benefit the Northside Center……….

Denzel and Pauletta Washington hosted a book signing for Pastor A.R. Bernard at their mansion in the exquisite Beverly Park neighborhood of Los Angeles to celebrate Bernard’s book, “4 Things A Woman Wants From a Man.” Around 75 people attended the soiree. The Washingtons provided a quote for the back cover of Bernard’s book. The evening started with a 20 minute talk by Bernard, followed with the signing……..