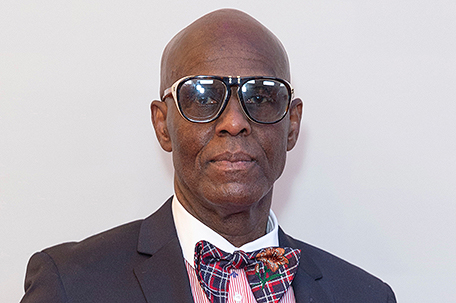 On October 18, Harlem’s own Gucci designer to the stars, Dapper Dan, along with “black-ish” star Tracee Ellis Ross, participated in a panel discuss on the impact of the arts on culture. The discussion was moderated by Elaine Weiteroth in celebration of the launch of Room Service members-only space, which is devoted to fashion at the Beverly Center in Los Angeles. ……

The New York Women’s Foundation celebrated the anniversary of the Me Too Movement on Monday, October 15 at its annual Radical Generosity Gala where the honorees included actress and activist Alyssa Milano. Tarana Burke, Founder and Leader of the ‘me too’ Movement presented the awards. Also recognized for their leadership and contributions to empowering women were Mary T. Bassett, MD, MPH, Director of the FXB Center for Health and Human Rights at Harvard University and the co-founders of media company Level Forward, Abigail E. Disney, Adrienne Becker, Rachel Gould and Angie G. Wang. Approximately 300 guests attended the annual event at The Plaza in New York City, which was co-chaired by Celebrity Philanthropist/Author Jean Shafiroff and Lola C. West…….

According to reports, “Orange is the New Black” star Uzo Aduba, was spotted in the Big Apple at steak and seafood hot spot, Ocean Prime. Best known as “Crazy Eyes,” Uzo was seen by fans in the main dining room with a friend, enjoying shared crab cakes and Sonoma Goat Cheese Ravioli with mocktails…….

Former NFL star Rae Carruth was released from prison on October 22, 2018, 19 years after the ex-Carolina Panthers player was sentenced to 18-24 years in prison after being found guilty of conspiring to kill his girlfriend, Cherica Adams, who was eight months pregnant with his child. According to multiple reports, following his release, Carruth told reporters: “I still have to live. I have to exist out there and it just seems like there is so much hate and negativity toward me. I’m actually somewhat frightened.” Cherica’s shooting death caused grave injuries to her unborn son, Chancellor Lee Adams, now 18……..

Tracee Ellis Ross hosted the AMAs while her mother, Diana Ross took the stage for a rare performance