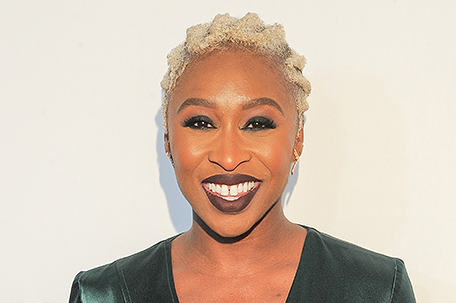 Getting unfairly ousted as a judge on America’s Got Talent has not slowed down Gabrielle Union. The popular actress,  who already has a successful clothing line, has teamed up with Fashion to Figure to launch a plus-sized collection- for sizes 12 to 24, which will feature holiday designs. In a statement Union said: “My line’s availability at Fashion to Figure is a critical and personal moment for me. This is for my family and all the plus-size women who have messaged me asking for Gabrielle Union.

She stormed to the top of the charts — and everyone’s hearts — this year with her popping third album, “Cuz I Love You.” Now the most important honor making her the best in the business,  Lizzo, has earned Time Magazine’s coveted 2019 Entertainer of the Year award. According to reports, Lizzo’s impressive storm over the industry was due in part to her honest approach with her fans about life, love and the pursuit of self acceptance.

Recently nominated for a Golden Globe award for her portrayal of Harriet Tubman,  Tony, Emmy and Grammy Award-winning actress Cynthia Erivo, is taking on the role of Aretha Franklin in the eight-part limited series, “Genius Aretha,” premiering May 2020 on National Geographic.  “Over the last few months, I’ve been preparing myself to embody the Queen of Soul, from listening to her music to discovering her rare interviews and reading some amazing books on her — all to really capture Aretha’s attitude and spirit,” said Erivo. The ensemble cast includes Courtney B. Vance as C.L. Franklin and Kimberly Herbert Gregory as one of my mentors, Ruth Bowen.

On Saturday, December 21, in New York City, Make Music New York will present their third season of Rambunctious, New Orleans Second Line Swing and they invite the public to be part of the celebration. With songs from Roz Nixon’s critically acclaimed Musical “Dedication To Louis Armstrong,” it will be an evening of Fat Tuesday – Mardi Gras on a traditional brass band “turns up” in the heart of Harlem on a Trolley Car traveling across one of the most famous streets in the world – 125th Street , the event will be an evening of holiday cheer. The pre-party starts at 4 PM in front of The Brownstone Boutique,  24 West 125th Street.