Cuba Gooding Jr. and his legal team tried to get groping charges against the Oscar winning actor dismissed 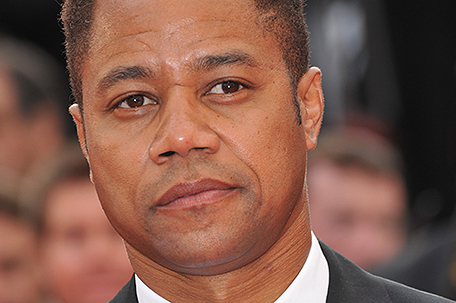 According to MSN, Cuba Gooding Jr. showed up to a Manhattan court in New York City on June 26 where his legal team tried to get charges against the Oscar winning actor dismissed after a woman claimed he groped her at the Magic Hour Rooftop Bar and Lounge in Manhattan. The judge decided not to rule on Gooding’s motion to dismiss the charges and will not do so until a hearing in August.

With this year marking a milestone 35 years in show business, legendary tap virtuoso, choreographer, director and actor Savion Glover brings his extraordinary musicality and footwork to The Joyce Theater in the Big Apple with the world premiere of his innovative new work, “Lady 5 @Savion Glover’s BaRoQUeBLaK TaP Cafe’” for a limited run from Tuesday, July 2 through Saturday, July 6. Inspired by an imaginary conversation between Savion Glover and the late tap dancer and choreographer Gregg Burge, “Lady 5 @ Savion Glover’s BaRoQUeBLaK TaP Cafe’” takes audiences inside of Glover’s visionary mind as he transforms The Joyce into a cafe’ using dance as a means to illustrate the evolution of thought and self-identity. “Lady 5” is an ensemble consisting of some of the dance world’s most formidable and dynamic talents including: Samantha Berger, Monique Smith, Natrea Blake, Marshall Davis Jr, Jeffrey Foote, Megan Gessner, and Darrell Grand Moultrie………

Netflix is heading into production on a screen adaptation of August Wilson’s “Ma Rainey’s Black Bottom”, says the Hollywood Reporter. Viola Davis, who earned a Tony and later an Oscar for her performances in Wilson’s Fences, will star in the feature, along with Chadwick Bozeman. Glynn Turman, Colman Domingo and  Michael Potts round out the cast……….

Congratulations to Mike Epps and his beautiful bride, OWN TV Producer Kyra Robinson. The two got married recently in Newport Beach, California in front of a group of celebrity friends who reportedly included Doug E. Fresh, Snoop Dogg and T.I. and Tiny. News of the comedian/actor and Kyra’s relationship surfaced two years ago shortly after his divorce to Michelle Epps was final. The new Mrs. Epps produces “Iyanla Fix My Life” on OWN.

Cuba Gooding, Sr., star of The Main Ingredient, dies at 72