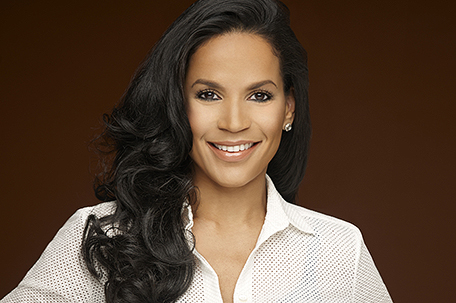 Renowned Philanthropist Jean Shafiroff and Yours Truly attended The Making of a Costume on Monday night, February 9 at New York City Center. The very special evening, which benefited Youth America Grand Prix, featured Barbara Brandt exploring the dynamics of costume design, from concept to creation, with fashion designer B Michael and choreographer Andrea Schermoly.  Participating in the panel and debuting an original pas de deux were principal dancer Chase Finlay and YAGP alumna and soloist Lauren Lovette, both of New York City Ballet.  Shafiroff participated in a lively auction for a one of a kind tutu designed by B Michael. Youth America Grand Prix supports and develops world-class dancers ages 9 to 19 of all ethnic, economic, and geographic backgrounds by providing scholarship auditions and education and performance opportunities…………….

According to Variety, Glamour and Sparkle overtook Madison Avenue on February 13 as huge names in fashion and entertainment celebrated the opening of Fendi’s new flagship New York store on 57th Street. Rihanna, who arrived towards the end of the event — looking dazzling in a pink fur and shiny brown dress, toting her two signature baguette designs – was one of the five leading designers behind Fendi’s 3Baguette Bag charity campaign. The other four iconic New York ladies chosen to spearhead the project were Sarah Jessica Parker, British model Jourdan Dunn, blogger Leandra Medino and artist Rachel Feinstein. Other attendees included Naomi Campbell and Karl Lagerfeld……….

Extraordinary exquisite beauty Crystal McCrary, an award -winning film, television producer and author, has reached a new career height in the world of entertainment.  The wife and mother, who is also an entertainment attorney,  is the director/writer/producer of a feature-length documentary, Little Ballers, which chronicles the lives and challenges of four socially and culturally diverse 11-year old basketball players and their journey to the AAU National Championship. To celebrate the film’s premiere on Nickelodeon Sports Block, Nickelodeon Sports presented a special screening party for Little Ballers during NBA All-Star Weekend at Chelsea Piers in downtown Manhattan. Aside from McCrary, Little Ballers is executive produced by Amar’e Stoudemire with music by Lupe Fiasco. Little Ballers debuts on Nickelodeon Sports Block February 25 at 9 PM………

Russell Simmons, Cynthia Nixon, Kenneth Cole, Cynthia Rowley, Suzette Charles  and Angela Simmons, were just a few of the many attendees at the recent Rush HeARTS Luncheon at the Plaza Hotel, hosted by the Rush Philanthropic Arts Foundation. Nixon served as the host of the event that honored Daymond John, Cynthia Rowley and Bill Powers, Amber and CC Sabathia, and featured artist Shantell Martin, who were recognized for their careers and philanthropic achievements, and their unyielding dedication to our youth, arts and education initiatives. The luncheon featured a special guest performance by Marsha Ambriosius. The HeARTS Education Valentine’s Luncheon raises funds for Rush’s Education programs for New York City’s inner city youth……….

Craig Robinson and his castmates from Hot Tub Time Machine 2 let the good times roll this week in New Orleans for Mardi Gras. Robinson and friends rode down Bourbon Street on a huge float, throwing beads out to the wild New Orleans crowd. Robinson later appeared on The Tonight Show with Jimmy Fallon where he talked about not being emotionally ready to participate in the parade. “I thought everyone liked me, then I realized they only wanted the beads. Be sure to check out Hot Tub Time Machine 2 in theaters………