Common will be a first time topline actor in “Quick Draw” 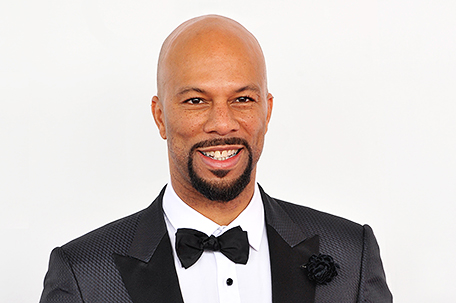 According to the Hollywood Reporter, Common, who is coming off a butt-kicking turn as one of the villains in “John Wick: Chapter 2,” is getting ready for “Quick Draw,” a revenge thriller. This will be the first time Common toplines a major movie, making a milestone in his rising acting career. The producers are promising “hyper intense shoot-outs, choreographed car chases, and lightening fast hand-to-hand combat” as the action “plays out across the mean streets of Los Angeles.”………….

Queens, New York native Tyiesha P. Johnson has a crystalized take on the dynamics of life, “make the change, or it’s going to be made for you.” The mother of two boys has penned her first book, and, according to her, it earns  a “10” in shock value on a scale of 1-10. “Envy, That Brooklyn Chick,” has generated laughs and comments from her family members, but the same combination that led her to tell her no-holds – barred story leaves her with no regrets about telling the story exactly the way she did…………..

Jazz songstress Rhonda Ross, the daughter of Diana Ross and Berry Gordy, will celebrate her new CD “In Case You Didn’t Know” at #HerStoryHerVoice at the Iridium in New York City on Sunday, March 19 at 8:30 PM. The Iridium’s #HerStoryHerVoice is a month long celebration of Fierce Female Performers, which Rhonda definitely is. Rhonda’s future tour dates include April 6 in Anchorage, Alaska and April 21 at the Ella Fitzgerald Jazz Festival in Newport News, Virginia…….

Quick guide for taking your family to New York City