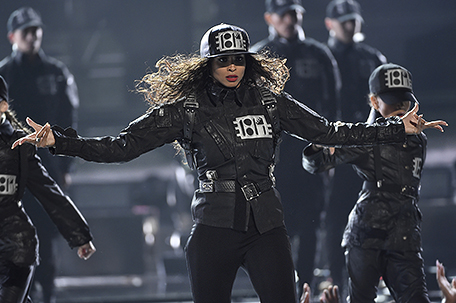 Word on the curb, according to Terez Owens, Ciara and Russell Wilson, have applied for a marriage license. Sources say the couple, who have vowed to stay celibate until marriage, have also purchased a new house and a yacht. Says a source:  “Ciara is already living in Seattle and she’s not getting any younger. “ The $80 million dollar Seattle Seahawks quarterback also gets along well with Ciara’s toddler son, Future Zahir……..

Terrence Howard scored a huge victory in L.A. Superior Court over his second ex-wife Michelle Ghent. The judge threw the former couple’s spousal support agreement which Howard testified he signed under duress out of court. The judge agreed that Michelle blackmailed the “Empire” star with threats she would sell naked videos and photos of him singing to media outlets. . According to reports, the judge’s ruling means that Terrence and Michelle now have to return to Family Law Court to work out a new agreement. Meanwhile, the Oscar nominated actor secretly  divorced his third wife, Mira Pak, on Monday, July 27. They are the parents of a 3-month-old baby boy, Qirin Love………

Speaking of “Empire,” the hit show has cast Mo McRae  to appear in season two. “Variety” has learned exclusively that the actor will do a three-episode arc, playing a love interest for Gabourey Sidibe’s character Becky. The character’s name is J-Poppa, who’s  described as a handsome, easy going guy who is seeing Becky, assistant to Lucious Lyon, played by Terrence Howard, at Empire Entertainment……….

L.A. Hotspot 1Oak was the place to be recently! Oscar winning actor/crooner/comedian Jamie Foxx was spotted with close friends sitting in VIP and sipping on cocktails. Travis Scott arrived later that evening and was spotted dancing to his songs as DJ Eric DLUX spun records……………..