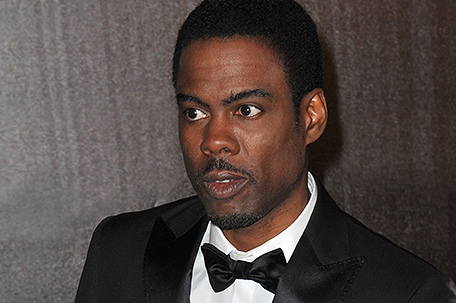 According to reports, Chris Rock hasn’t yet finalized how he’ll confront #Oscarsowhite during the Academy Awards. On January 25, his publicist, Leslie Sloane, shut down rumors that the host rewrote his upcoming opening monologue for the glitzy February 28 awards evening, as show producer Reggie Hudlin mentioned at the NAACP Nominees luncheon the previous weekend. Said Sloane, “Regarding Reggie Hudlin’s hosting duties, neither he nor anyone else speaks for Chris. Chris has made no decisions about the content of the show. All will be revealed on February 28th. We will not comment further on this.” Meanwhile “Straight Outta Compton” producer Ice Cube says, “I never used to go anyway. You can’t boycott something you never went to.”………

Along with Mark Wahlberg, Sean “Diddy” Combs reportedly donated 1 million bottles of water to residents in Flint, Michigan. Marky Mark and Puffy own Aquahydrate, a bottled water company, and Flint was set to receive  5,000 cases.on January 27. The company also made a commitment to keep donating additional cases of the water until the contamination no longer exists. The two celebrities became investors as well as the faces of Aquahydrate two years ago……….

International recording artists, the Alexis P. Suter Band, is set to rock the Catskill Mountains during Black History Month as part of an exciting program featuring a wide array of music at the Catskill Mountain Foundation’s Orpheum Film and Performing Arts Center in Tannersville, New York. This acclaimed five-piece ensemble is fronted by the talented and amazing vocalist Alexis Suter, who transcends styles and genres. When the great B.B. King first heard Suter sing her opening set for him, he shook his head in wonder in his characteristic way and said, “It’s a rare thing to share the stage with a great talent like that young lady.” The performance on Saturday, February 13, at the Orpheum Theater, forms part of the New York-based band’s 2016 concert tour, The show begins at 8:00 pm……….

This February, the world famous Apollo Theater will host a series of artistic and community programs in celebration of Black History Month. Throughout its history, the Apollo has consistently been a model of innovation and excellence, and a creative catalyst for Harlem, the city of New York, and the nation. The Apollo’s 2015 Black History Month programming includes the return of the Theater’s signature talent competition, Amateur Night, which begins its season with special guest artist Grammy Award-winning singer Chrisette Michelle and a host of new contestants, the annual Apollo Open House Weekend, free and open to the public, will explore the relationship between the arts and activism, a night of comedy beginning with an Apollo Live Wire discussion on the history of comedy at the legendary Theater followed by Apollo Comedy Club featuring Me Me Simpson, Kareem Green and John Laster…….