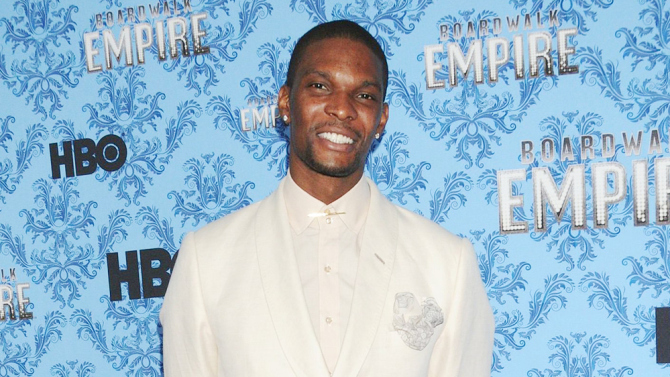 With the U.S. Open scheduled to get under way at the end of the month, tennis superstar sisters Venus and Serena Williams have quietly sold their spacious loft apartment in New York City’s garment district for just under $2.1 million. According to “Variety,” the four-time gold medal winning siblings paid $1.335 million in 2005 for the 1,800 -square foot apartment on the 10th floor of the 12-story Wheeler building. The Williams Sisters still own a nearly 9,000- square foot mock–med mansion in the Ballend Isles country club community in Palm Beach Gardens, Florida….

Chris Bosh will reportedly guest star in a pair of Miami set-shows, “Rosewood” and “Hot and Bothered.”  “Rosewood” is a new medical procedural show starring Morris Chestnut as a top private pathologist who teams up with the Miami Police Department to help solve the city’s most challenging cases. Bosh’s “Rosewood” cameo will take place at a car dealership. In “Hot and Bothered,” the Miami Heat power forward will be living in an apartment complex next to one of the main characters in the comedy, which goes behind the scenes of a Telenovela. Although the shows are set in Florida, both are shot in Los Angeles, where Bosh and his family live during the off season….

The dedication of the late Dr. Maya Angelou’s stamp will be held at New York City’s African burial grounds. On August 20, a host of guest speakers including Susan L. Taylor, Steven Fullwood and Dr. Juanita Howard, will celebrate the life of Angelou, a national and international icon and treasure, for her inspirational attributes. The celebration will conclude with the sale of the stamps and the autographing of the celebratory program. Ranger-led tours of the African Burial Ground will also be available….

FX Networks has bought the exclusive American commercial television premiere rights to Straight Outta Compton, following its $60.2 million opening at the box office. The film had the fifth–highest August premiere of all time and the biggest August debut for an R-rated film….