Bill Duke, G Perico, and Soren Baker have released a short film “The Bookstore Menace,” a reworking of Duke’s role in the film “Menace II Society.” 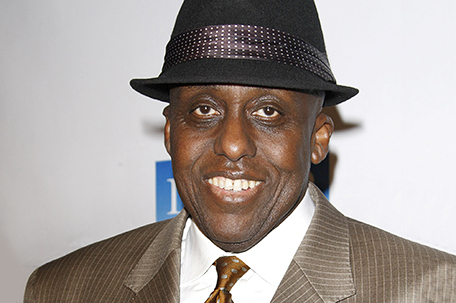 Atlanta and the world are still buzzing about Usher’s epic celebration and Disruptivator Summit commemorating the 20th anniversary of his youth empowerment charity, Usher’s New Look Foundation. Everyone from Michelle Obama and Sugar Ray Leonard to Ludacris sent their well wishes to Usher and his team for their incredible service to young people. I hear that more than 200 young people aged 17-22 participated in this year’s summit. So far, Usher’s New Look Foundation has helped transform the lives of 50,000 young people from 25 countries around the world. Shout out to Usher Raymond IV and my Soror Careshia Moore, President of Usher’s New Look!

WBLS in association with Harlem Week celebrated the launch of Le Kool Champagne, a new venture from Robert “Kool” Bell, on July 28 at Gin Fizz in Harlem. The festive evening followed the Harlem Week tribute to the 50th anniversary of Kool & The Gang. The night featured a special performance by Kool’s niece, Afro pop recording artist FaTi.

Several recent news stories reported on the Louis “Satchmo” Armstrong Summer Jazz Camp being the recipient of a $20,000 gift by an anonymous philanthropist who was inspired by the #HonorMJ Campaign. The Twitter-launched campaign was created by fans around the word to honor Michael Jackson’s life through their own acts of kindness and generosity in observance of the tenth anniversary of his passing on June 25. This donation, prompted by the campaign, will be used to support Summer Jazz Camp programs. An article in Jazz Times quoted Summer Jazz Camp executive director Jackie Harris as saying the anonymous donation affirmed that Michael Jackson’s devotion to music, education, and the arts lives on.

Bill Duke, G Perico, and Soren Baker have released the short film “The Bookstore Menace,” a clever reworking of Duke’s iconic role in the landmark 1993 film “Menace II Society.” The film world premiered on the Facebook page of leading hip-hop website Ambrosia For Heads on July 23. “This reprisal is a fun way to remind people of the line in the movie, while placing value on the incredible content that can be found in these two books that have become topics of discussion in the film and TV and rap music genres,” said Duke. The books highlighted in The Bookstore Menace are “Bill Duke: My 40-Year Career on Screen” and “Behind the Camera and Baker’s The History of Gangster Rap.”…….

Bill Duke Explains It All