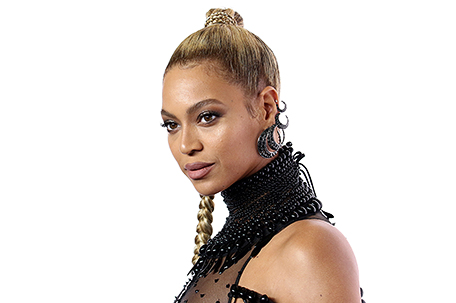 On December 2, Fox made its Chicago stop on the promotional campaign for the new series, “Star.” Local VIPs were treated to an advance screening of the show at AMC River East 21 followed by an after-party at Lucky Strike. “Empire” cast members Ta’ Rhonda Jones (Porsha), Morocco Omari (Tariq) and Az Marie Livingston (Chicken) stopped by to preview the episode and join the evening’s fun and games. Additional attendees included Dani Jay and Charmaine Johnise from “Black Ink Crew: Chicago” and Fox 32 news anchor Kristen Nicole, who emcee’d the affair. A special preview of “Star”airs Wednesday, December 14, on Fox after the fall finale of “Empire” at 8 pm ET/PT……..

According to “Deadline Hollywood,” a Pennsylvania judge ruled that hurtful depositions Bill Cosby gave in 2005 and 2006 can be used as evidence in a criminal case against the actor. The trial over the alleged 2004 sexual assault of then Temple University employee Andrea Constand is scheduled to go to trial in June 2017. Made public last year, the past depositions found Cosby admitting to having drugs for the purpose of having sex with women. If found guilty of the three felony charges of second-degree aggravated indecent assault, the 77-year-old Cosby would face up to a decade behind bars and hefty fines………..

Beyonce led all recording artists with nine nominations for the 59th annual Grammy Awards including the Record, Song and Album of the Year in which Beyonce’s “Formation” and Adele’s “25” made the cut in each. Drake, Rihanna and Kanye West each scored eight nominations, with Rihanna and Drake teaming up on “Work,” which is up for Record of the Year. Chance the Rapper had seven noms, including in the New Artist category. The Grammy Awards will air live February 12 on CBS, with James Corden hosting at Staples Center in Los Angeles………..

DJ Khaled celebrated his birthday at LIV nightclub in Miami with A-list celebrities like Sean “Diddy  “ Combs and his son Justin Combs, Future, Nicki Minaj and Meek Mill and A$AP Rocky and Kendall Jenner, Lil Wayne and Ludacris in attendance. Khaled began the evening at nightlife mogul Dave Grutman’s restaurant, Komodo in Miami where he hung out with the CEO of Hublot, Ricardo Guadalupe, and was presented with a $100,000 custom Hublot watch………..