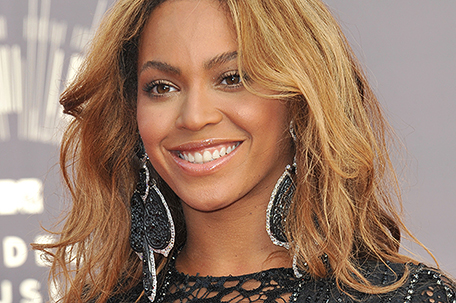 Tongues are wagging that Beyonce Knowles-Carter’s dazzling desert performance turned this year’s Coachella Music and Arts Festival in Indio, California, into #Beychella. Aside from her sensational stage act, fashionistas are also talking about her awesome onstage wardrobe. According to Vogue Runway, it all started when stylist Marni Senofonte approached Olivier Rousteing after his Fall 2018 runway show for Balmain and explained to him that she was trying to find the right designer to create custom looks for Beyonce’s upcoming Coachella performance. Rousteing says Queen Bey was not about to wear something that was going to be mass product, so he went to work with her stylist and the rest of Beyonce’s team to create custom Balmain stage wardrobes, one for each of her performances last week and on April 21. Rousteing also says Jay-Z gave his official approval on his wife’s Coachella ensembles. “Jay saw the Egyptian goddess cape and when B put it on, his eyes went wide and he was so excited, he said, ‘O, wow!’ That gave me a lot of satisfaction,”  he said…………..

According to multiple reports, Kendrick Lamar has won the Pulitzer Prize for music, making history as the first non-classical or- jazz artist to win the prestigious prize. The revered rapper won the prize for “DAMN,” his magnificent album, which won multiple Grammys. On April 16, the Pulitzer board described the album as a “virtuosic song collection” that captures “the modern African-American life.” He will win a cash prize of $15,000………..