Beyonce gave birth to twins, a five-pound girl and three-pound boy on June 12, in Los Angeles 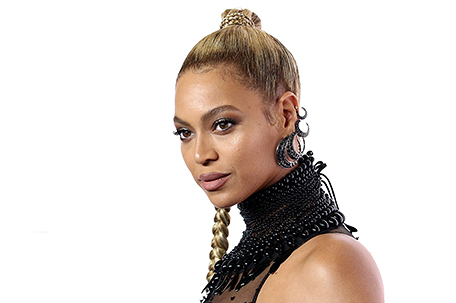 I have it from two different sources that Beyonce Knowles Carter gave birth to twins, a five-pound girl and three-pound boy on Tuesday, June 12, at a hospital in Los Angeles. On Sunday, June 18, the superstar songstress’s father Mathew Knowles, confirmed on social media that his new grandchildren had been born, and his daughter and son-in-law Jay Z, are the parents of two more children, in addition to five-year-old Blue Ivy Carter. Meanwhile, there are reports that Mrs. Carter and her new babies are still in the hospital, due to a “minor issue.” Not much is known about the health issue that is causing doctors to keep the babies under hospital care, but reports say that Beyonce’, 35, is doing well. Her sister Solange was spotted outside of UCLA Medical Center on June 15…….

Elizabeth Shafiroff and Lindsey Spielfogel are presenting Global Strays First Annual Kick Off Event on Wednesday, June 21 at the Rumpus Room, 249 Eldridge, Street in New York City, from 7-9:30 PM. The evening will include a champaign raffle, open bar and dancing. Global Strays is a nonprofit organization supporting abused and abandoned animals around the globe with a focus on Global Stray’s partner organizations in Nicaragua, the Dominican Republic, and Costa Rica and supporting Social Tees Animal Rescue based in NYC…………

A happy slim looking Janet Jackson left the Royal Courts of Justice in London, England, following the beginning of her divorce proceedings on June 15, wearing a long black sweater, a white shirt, black pants and black platform lace-up boots. Reports said Janet was in a “great mood” after spending six hours inside of the court house. Says a source: “She was hugging and kissing her legal team. Janet’s entourage included her brother Randy, her assistant and her legal team. Meanwhile, the pop icon’s estranged husband and father of their son, Eissa, exited the courtroom alone……….

On June 15, Google’s “CS in Media” hosted a panel at the American Black Film Festival (ABFF) entitled “Decoding Tech: The Next Generation of STEAM Professionals.” Festival attendees packed the room at the Betsy Hotel in South Beach to hear from leading influencers on how their careers merge technology with the arts and media and the exciting opportunities that exist in these fields. The panel, which began with opening remarks from Valeisha Butterfield, Head of Black Community Engagement at Google, included Ne-Yo……..