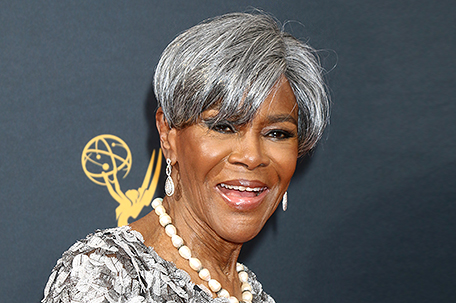 Condolences go out to television icon Oprah Winfrey, on the passing of her mother, Vernita Lee, on November 22, 2018. Lee, 83, died at her home in Milwaukee, of natural causes. Private funeral services have already been held. According to reports, the family would like any memorial donations to be made in Lee’s home to the nonprofit organization Feeding America. Oprah posted a family photo on Instagram with the caption: “Thank you all for your kind words and condolences regarding my mother Vernita Lee’s passing. It gives our family great comfort knowing she lived a good life and is now at peace”.

Cicely Tyson’s monumental win making her the first Black woman in history to win an honorary Oscar earlier this month, led to designer B Michael also breaking the glass ceiling. Ninety years after the inception of the Academy Awards in 1929, B Michael became the first Black American designer in luxury fashion to dress an Oscar recipient. Tyson wore his Custom Haute Couture Gown to the ceremony. Tyler Perry, Ava DuVernay and Quincy Jones presented Tyson with the award. She also was accessorized by the B Michael Couture Collection. Tyson was previously nominated for Best Actress in a Leading Role at the 1973 Academy Awards for her work in “Sounder.”

The National Council of Negro Women (NCNW) selected Dr. Johnnetta Betsch Cole as its chair and seventh president during the closing session of their 58th Biennial National Convention in Washington D.C. Dr. Cole’s path to becoming chair began during her childhood when she and her sister had the privilege of being mentored by Dr. Mary McLeod Bethune, a longtime friend of her great grandfather.

According to the Hollywood Reporter, multi-platinum singer-songwriter Jason Derulo will make his feature acting debut with “Cats,” Universal’s big-screen adaptations of the Andrew Lloyd Webber musical. The all-star cast boasts James Corden, Idris Elba, Jennifer Hudson, among others. The story tells of a tribe called the jellicles and the night they make what is known as “the jellicle choice” and decide which cat will ascend to the Hearuside Layer and come back to a new life.