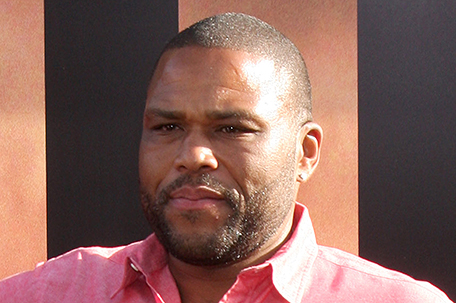 The legendary singing group Sister Sledge scheduled to perform in connection with the World Meeting of Families in honor of the upcoming Papal visit to their hometown Philadelphia on September 26 on the Benjamin Franklin Parkway, but only in part. Recent rumors have been substantiated that although the performance was promoted as though all four original members of the group were to be in concert, sisters Joni, Debbie and Kim refused to allow youngest sibling Kathy, original member and iconic voice of Sister Sledge, from participating in the performance. Although the details  surrounding the current dispute were unclear, media outlets have obtained a heartfelt letter from Kathy to her sisters Joni, Kim and Debbie requesting that the group put their differences aside and unite as one before Pope Francis and the fans in their hometown city of brotherly love…………

According to several reports, Anthony Anderson’s wife, Alvina has filed for divorce from the actor after 20 years of marriage. The “Black-ish” star and his wife were high school sweethearts. But according to sources, the couple had been separated since April 2014. Alvina was noticeably absent from the Emmy awards where Anthony was nominated for Best Lead Actor in a Comedy, but lost out to Jeffrey Tambor. Anthony and Alvina have two children, 16 and 19. Alvina cited irreconcilable differences in the divorce filing………..

Beyonce’ stepped out in an entire denim outfit and sneakers out on a date night with Jay Z on September 27 in Brooklyn, New York. The power couple enjoyed pizza. The day before, Beyonce’ took the stage with Ed Sheeran at the Global Citizen Festival to perform an awesome duet of “Drunk in Love.”………..

Tracy Morgan is returning to acting 14 months after the tragic car accident that left his friend and fellow comedian James McNair, dead. Morgan will join Ice Cube and Charlie Day in the comedy “Fist Fight.” The film follows two teachers Cube and Day who work in a broken-down school system and wind up in a fist fight with each other………..

It’s official. Usher showed off his wedding band after being spotted out for the first time since he tied the knot with Grace Miguel……….

Paula Patton has filed for divorce from Robin Thicke