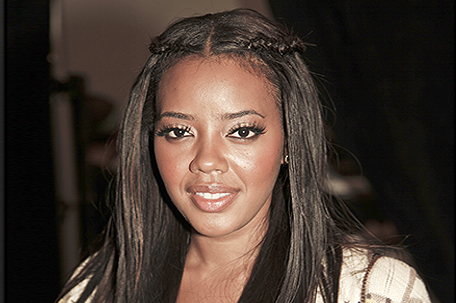 OWN: Oprah Winfrey Networks announced the mid-season return of the hit Tyler Perry drama, “The Haves and the Have Nots,” set to premiere two back-to-back episodes on Tuesday, August 25 at 8:00 p.m. ET/PT. The popular series roars back to the screen with a vengeance as the Cryer, Harrington and Young families fight for their very existence. “The Haves and the Have Nots” is the #1 original cable series among African-American women and total viewers. It is also among the Top 5 original scripted series on ad-supported cable…….

Quarantine new hot couple alert! According to reports, Angela Simmons is dating former IBF and WBA middleweight champion Daniel “Miracle Man” Jacobs. The Growing hip hop star posted several pictures of the two of  them on her social media, and the boxer did the same on his. Jacobs is a Brooklyn, New York native. Simmons, who has been linked to rappers Bow Wow and Romeo in the past, was last in a relationship with her son Joseph’s father, Sutton Tennyson. They broke up in 2017 after the reality star accused him of domestic violence. He was fatally shot 13 times outside of his home in 2018……….

While we as a nation face the sad reality of racist police violence that has recently led to the senseless deaths of George Floyd, Breonna Taylor and others, music from artists like Siedah Garrett is helping us find peace and healing. “The New Frontier (Say Their Names)” is on emotional anthem released by the Grammy-winning and two-time Oscar nominated singer-songwriter earlier this summer, and now fans can experience the cinematic video featuring Siedah……..