AAHH Fest by created and hosted by Common, made its return to Chicago 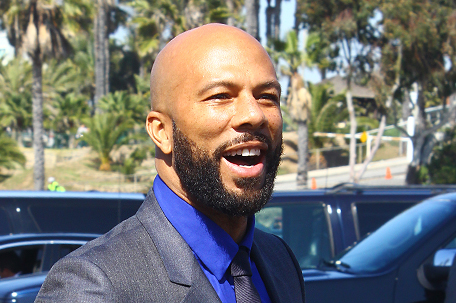 Whoopi Goldberg is expected to take her final bow at the end of this season of “The View,” according to Variety. Goldberg appeared on “The Wendy Williams Show” on September 23, in which she revealed she would most likely not return to “The View” for its 21st season. When Williams stated that Whoopi “may not be there when “The View” returns for the new season,” Whoopi answered, “No, probably not. I have to move on baby, because I have to go and grow. I got stuff to do. I got movies I need to direct. I got books I need to finish.”………..

Bill Nunn, best known for playing Radio Raheem in Spike Lee’s Do The Right Thing, passed away September 25 in his hometown of Pittsburgh at the age of 62. Nunn’s wife Donna confirmed to the Associated Press that he had been battling cancer. Nunn made his film debut in Lee’s musical comedy School Daze in 1988 and collaborated with the filmmaker on multiple festures including Mo’ Better Blues and He Got Game alongside Denzel Washington………

Barbershop Books CEO Alvin Irby and New York Jets defensive end Jarvis Jenkins, unveiled a new Barbershop Books reading space alongside elementary students from the Alain Locke Magnet School for Enviromental Stewardship at the International Hair Studio in Harlem. In addition to Irby discussing his approach to tackle the low literacy rates among African American children, Jenkins also explained his personal struggle through the education system and why he is directing a new reading space at the Harlem-based barbershop………..

AAHH Fest by created and hosted by Common, made its return to Chicago after a year long  hiatus on September 23 Common was born and raised in Chicago. The mission and purpose of the festival was to raise awareness and bring a sense of relief and peace of the continued violence facing Chicago youth. Performers included Common, Ice Cube, R. Kelly and J.Cole……   .