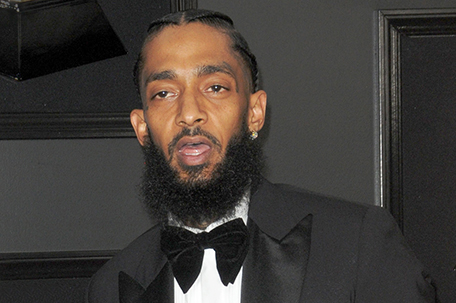 The nominations are out for the 65th Grammy Awards and Beyonce’ made history by not only receiving nine nominations, but for also tying the record for most nominations of all-time by earning a total of 88. The superstar songstress has tallied up the same amount of total nods as her husband Jay-Z at 88, who held the previous record of 83. The Brooklyn, NY native racked up another five nods bringing his total to 88. Rapper Kendrick Lamar had the second most nominations with eight. Meanwhile, Diana Ross’ 25th album, “Thank You” was nominated for Best Traditional Pop Vocal Album. This is the former member of the Supremes’ first nomination for a Grammy in 40 years. If she wins, it will be the first Grammy win in her entire career. The 65th Grammy Awards will air live on CBS on Sunday, Feb. 5, 2023.

After a sold-out debut at Birdland in New York City in May, Wendy Moten will return to the Birdland Theater on Nov. 18, 19 and 20, with two shows nightly at 7 pm and 9:30 pm. Moten is known as an exceptional, adaptable singer, a pure musical spirit, and a bridge from Memphis to Nashville and the rest of the world. She has recorded duets with iconic artists including Michael McDonald, Julio Iglesias, Kirk Whalum, Peabo Bryson and more.

A docuseries on the life of the late Nipsey Hussle is being produced by LeBron James and Maverick Carter’s Springhill and Hussle’s Marathon Films, reports Deadline. The currently un-titled docuseries will focus on the deceased rapper’s life story, from his growing up as a child in Los Angeles’ Crenshaw neighborhood, to becoming a musician and activist as he went through life. The docuseries will feature exclusive footage that has never been seen before, and interviews with over 50 collaborators who include Snoop Dogg, Kendrick Lamar, Sean “Diddy” Combs, as well as the mother of one of Hussle’s children, actress Lauren London.