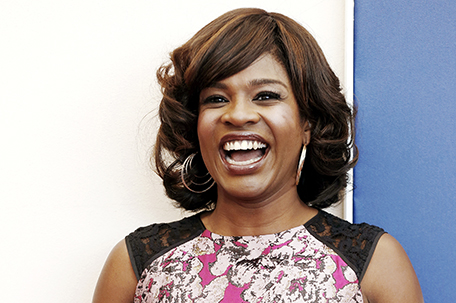 Michael Jackson is listed in the Guinness Book of Records for his legendary philanthropy. According to People Magazine, the late King of Pop’s daughter, Paris Jackson, is now following in her dad’s footsteps. On October 20, Paris jetted to Puerto Rico to help distribute supplies to families living in Aguadilla – a town on the island’s northwestern tip that is getting less attention and resources, as it’s largely cut off from San Juan due to downed bridges and other road infrastructure issues. During her trip, Paris reportedly brought supplies to a school located in the town that doesn’t have electricity and running water. Paris also donated a backpack, personal water purifier and a solar light for each child at the school…….

America’s Real Life Urban Super Hero, Danger Man, will now roam the streets trick-or-treating with the likes of Superman, Batman and Spider-Man as the new Danger Man Super Suit is now available for kids! Actor and mentor Roger Tinsley, the founder of the Danger Man Urban Super Hero brand and CEO/President of the Danger Man Education Foundation, Inc., a non-profit organization, has released the new costume just in time for the holidays. For more information on the super suits, go to www.dangermanheroawards.com…….

With an amazing support from sponsors which include Better Youth, The Rightway Foundation, PBS SoCal, The City of Los Angeles, Los Angeles Film School, and AT&T, the 3rd Annual Real to Reel Global Youth Film Festival was a huge success. The film festival celebrated Award-Winning actress Edwina Findley, star of Tyler Perry’s “If Loving You Is Wrong” with an award for her contributions to film and television. “Empire” casting director Leah Daniels-Butler was on hand to make the presentation to Findley………..

From stand battles to the tailgate stadium scene, The Radiant Collection from Proctor & Gamble’s (P&G) leading feminine protection brands Tampax and Always, is on a fashion-forward mission to keep collegiate women feeling confident. Yours Truly actually saw the booth while tailgating at Howard University’s Homecoming on October 21, 2017. The Radiant Collection and HBCU Dance Corporation, Inc. have teamed up to host the “RadiantDanceOff, a national, online dance competition sponsored by BCU Dance exclusively for majorette teams at Historically Black Colleges and Universities (HBCU). The winning majorette team will receive new costumes designed by Brea Stenson, a Clark Atlanta University alumna and the school of the winning team will also receive $25,000 to benefit the dance team. For full details, go to http://radiantdanceoff.com/rules……..