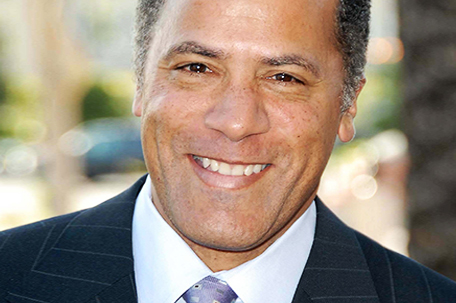 The 2020 National Association of Broadcasters inducted NBC Nightly News and Dateline anchor Lester Holt into its Achievement in Broadcasting Hall of Fame on April 24, according to TV Newser. In his acceptance speech at the NAB Show in Las Vegas, the veteran TV journalist told the audience, “I have so much respect for this medium (broadcast television) and so much belief in its future. It is important that none of us forgets where we came from, or who was there for us to help us succeed. None of us walked through that door of opportunity alone, our footprints were on the shoulders of others. “ Holt went on to say, “I am very proud to accept this honor, but let’s not forget that what we do is not for us, it’s not for our peers, but for our audiences.”

New York City Mayor Eric Adams was among the attendees at the opening of Brooklyn Chop House in Times Square NYC on April 25. The restaurant’s owner, Don Pooh Cummings and Mary J. Blige were also among the attendees. Other celebs on hand at the private black tie celebration included DJ Clark Kent, DJ Nice, and rappers Fat Joe, Shyne and Joe Budden. The restaurant is hoping to aid in the economic recovery of Times Square. The exquisite soiree was sponsored by Hennessy.

Yolanda Adams and Serayah headline the new BET + Series “Kingdom Business” available May 19 on BET +. Michael Beach, Michael Jai White and Chaundre A. Hall -Broomfield, also star as series regulars. “Kingdom Business” centers on Denita Jordan, who is the Queen of Gospel Music at First Kingdom Church and Kingdom Records in Atlanta, a superstar whose music has been heard around the world, and her determination to guard her family — and its many secrets at all costs.

Tongues are wagging that Sean “Diddy” Combs will make his hosting debut at the 2022 Billboard Music Awards on May 16 on NBC, according to various reports. His appearance as emcee will mark the 25th anniversary of his first Billboard Music Awards win in 1997 for his album, “No Way Out.” In addition, reports say Combs will executive produce the live show from the MGM Grand Garden Arena in Las Vegas. “This will be unlike any awards show. I’m bringing the love and setting the frequency at an all-time high,” said Combs in a statement.

Terry Crews promoted his book, “Tough! My Journey to True Power,” at the Los Angeles Times Festival of Books at the University of Southern California on April 24. Songstress and entrepreneur Kelly Rowland was also a speaker at the event.