Tasha Smith’s ex Keith Douglas serves her with papers in an attempt to get a $10,000 per week settlement 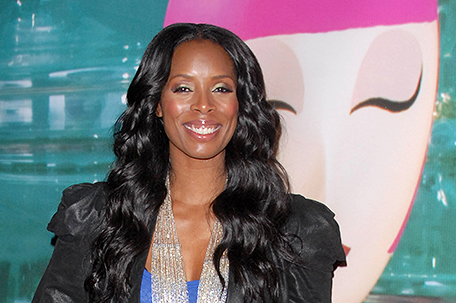 Is there a new couple alert? Word on the curb is Idris Elba has broken up with the mother of his 22 month-old son, Naiyana Garth. Sources say the British heartthrob has moved out of the South West London home he shared with her into a two-bedroom flat nearby to be close to his son. Meanwhile, the Beasts of No Nation star was spotted canoodling with Naomi Campbell on February 3 at 1 Oak nightclub in Los Angeles. The supermodel, who walked the runway in Kanye West’s fashion show/album release at Madison Square Garden on February 11, took to Twitter to congratulate Idris on his Screen Actors Guild awards………..

Less than a week after taking a legal loss in his criminal sexual assault case in Pennsylvania, Bill Cosby was handed a small win by the California courts on February 9. According to Deadline Hollywood, an L.A. Superior Court judge agreed with the actor-comedian’s lawyers to toss an amended complaint by Janice Dickinson in her defamation suit against Cosby and his former attorney Martin Singer. In a tentative ruling read from the bench, Judge Debre Weintraub also allowed Singer to be dismissed from the case………

Legendary songstress Dionne Warwick will host the celebration of her longtime publicist Angelo Ellerbee’s 46th anniversary in business. Angelo founded Doublexxposure Media Relations in 1972. To celebrate this milestone,  the always giving back publicist is offering a series of luxuriously relaxing spa days throughout the month of February at Posh by Lachandra located in Queens, New York. Through the years Angelo has worked with a wide array of clientele ranging from Michael Jackson and Mary J. Blige to Lionel Richie……..

According to “Variety,” former NBA player Lamar Odom appeared in public for the first time since suffering a drug overdose that left him in a coma this past October, attending Kanye West’s launch of his new album on February 11 at Madison Square Garden in the Big Apple. Kanye’s big extravaganza came after the rapper announced the name of the seventh album, “The Life of Pablo,” on February 10. The live stream event was viewed by 700 theaters in 23 countries, as well as on music subscription service Tidal……….

Tongues are wagging that even though “For Better or Worse” actress Tasha Smith’s marriage to Keith Douglas was annulled, he refuses to just fade away into the sunset. An insider tells me that the relentless man served Smith with papers trying to get his case reheard in an attempt to get a $10,000 per week settlement………

Tasha Smith is back, black and beautiful as ever!