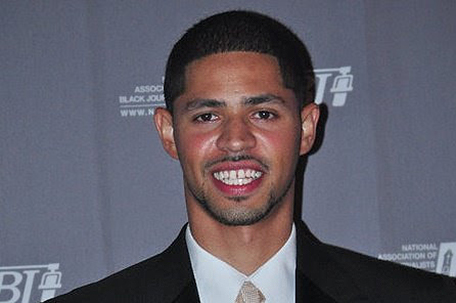 Feeney, 32, went on to glory on Sunday, January 31, at the Holy Name Medical Center in Teaneck, New Jersey, following complications from a staph infection in his kidneys.

A true journalist with a keen eye for a story, the name Michael Feeney first came to my attention in 2010 when he wrote a cover story in the New York Daily News about New York Times Bestselling author Teri Woods filing a $1 billion lawsuit against 1 Oak NYC for racism after managers of the club allegedly refused to let in many of her African American friends that were at the club to attend her book party. From then on, I saw his byline in the Daily News consistently.

We finally met at an Apollo Theater gala later that year. By then, Michael had advanced to being the paper’s Uptown Bureau Chief. He now had his own section. However, he told me that he wanted to follow in my footsteps and write entertainment. I advised him to stick with the hard news and the entertainment reporting would follow. Later that same year, he won the NABJ “Emerging Journalist of the Year” Award. In 2011, Michael received First place for print personal commentary. Michael achieved his goal of becoming an entertainment reporter. He was just about to begin a job at CNN in Atlanta when he fell ill.

Many of Michael’s awards and proclamations surrounded him as he laid in front of the church.

At Monday’s service, Huff called Michael “a shining star.’ Senator Perkins asked  Kary (Korey) Wise of the Central Park Five to stand up, saying that Michael’s coverage of these young men’s harrowing plight led to them being awarded a settlement from New York City. Amsterdam News staff member, Cyril Josh Barker, who was one of Feeney’s closest friends, read a letter from President Barack Obama to Mike’s mom.

While delivering the eulogy, Rev. Michael A. Waldrond Jr., pointed out all Feeney gave to everyone and how much he invested in everyone and everything that came his way.  I guess God needed another angel to sit by his side in heaven. The service was followed by a loving repast at Mist.

“I’ve always tried to live my life to the fullest and not take anything, anyone or any day for granted. I will continue to live in such a way. Tomorrow is not guaranteed to anyone… If you’re chasing your dream, keep working hard. It will pay off. I’m proof.”