Wine For The Holidays 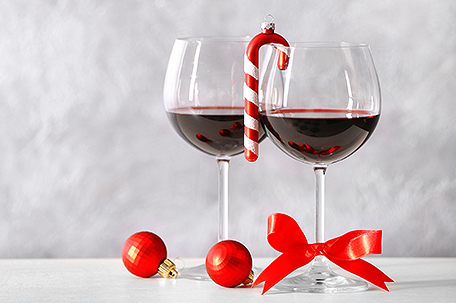 From that swanky shindig with high end appetizers to that holiday barbecue, this list of wines will make any holiday meal complete.

One of the most commonly used words during the Holiday Season is the word “party”.

Between rounds of gift buying Ju-Jitsu and the hiding the gifts from your kids that goes with it, you’re gonna get asked to various pot lucks, Holiday parties and other festive occasions, which is the good news.

The bad news, especially if you’ve been known to require a visit from the Fire Department when boiling water for tea, is that you’re going to be expected to bring something, and while that box of store bought chocolates you’re eyeing might seem like a good idea, you can only do so much of that.

Fortunately for you, dear reader, I can help.

After attending sessions featuring folks like feminist icon Gloria Steinem and Food Network star Rachael Ray at the Pennsylvania Conference for Women a few weeks ago, I went to a wine tasting sponsored by the Pennsylvania Liquor Control Board. There was wine (and Old Forester whiskey, and Jack Daniels Honey and Fire) of all kinds, at all price points, and for all sorts of food.

Let’s start with the appetizers:

Because it’s a Holiday Party, there’s probably going to be a cheese and fruit tray, or some prosciutto wrapped with melon, or maybe even a brie en croute baked with a fruit compote in the mix.

If that’s where you’re headed and you’re bringing the wine to go with all of that cheese and fruit, the Robert Mondavi Fume Blanc Oakville is a light, fruity wine that won’t conflict too much with all these munchies. At $23.99, it’s on the higher end price-wise, but it won’t put you in the poor house.

If you want to bring something that’s slightly sweet, (and a little less expensive at $7.99) try the Wente Vineyards Riverbank Riesling. If your cheese and fruit tray has some meat on it, this works because it’s strong enough to cut through such hearty Italian meats as prosciutto and salami.

Speaking of meats, Holiday Parties and especially Holiday Dinners often feature large cuts of meat such as turkey, ham and in some cases a standing rib roast. 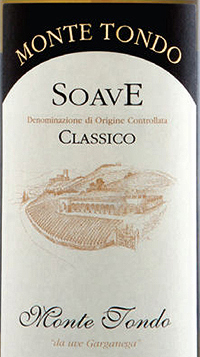 For the turkey, you can’t miss if you put a bottle of the Fume Blanc in the gift bag. Another good choice would be the Monte Tondo Soave Classico DOC (reasonably priced at $8.99) a dry, white wine that goes well with turkey or as an accompaniment for that Feast of Seven Fishes you might be headed to.

But actually, a red wine might work better for that. I recommend taking a bottle of the Jack Henry Pinot Noir. It has a fruity finish that compliments something like cioppino or a whole, roasted striped bass.

In my family, Holiday dinner includes barbecue. From ribs, to meatballs to brisket, the smoker and the grill get a workout. Until I went to the wine tasting, I didn’t realize that there was a wine that went with barbecue. 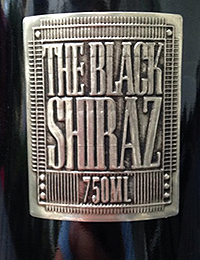 One was Berton Vineyard’s The Black Shiraz. From standing rib roast to steak to smoky barbecue ribs, this relatively inexpensive wine ($10.99) with blackberry, plum, blueberry and spicy notes, can hold its own with anything hearty. If you like something with a little more bite than the Shiraz, try the Star Lane Vineyard’s Cabernet Sauvignon. It’s a complicated wine, but not so complicated that it’s not also tasty. It’s a little more expensive at $21.99, but it’s worth it.

Now most of the time, I like coffee with my dessert. But it’s the Holidays, so bringing a bottle of wine for dessert isn’t out of the realm of possibility. And I like something sparkly… so the Maurice Bonnamy Cremant De Loire Brut might be something I take to a holiday party. The peach and pear flavors would work well with anything from a fruit cobbler to a chocolate mousse. Yum…

You can find all of these wines at your local Wine and Spirits Store.

Daring pairings: making a match of food and wine