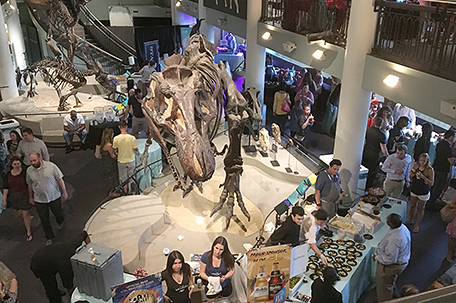 The Philadelphia Restaurant Festival gave those in attendance the chance to enjoy food, drink and butterflies.

Usually, you got to the Academy of Natural Sciences of Drexel University to check out the dinosaurs, science exhibits and the museum’s Butterfly Room.

But visitors to the Philadelphia Restaurant Festival got the chance to see the Academy’s natural wonders while sampling a variety of foods from some of the city’s best restaurants.

About 40 local and national restaurants, bakers, brewers and craft distillers were on hand to wow a crowd of about 1,000 people with their creations. Festival goers were also treated to music from a band and a DJ as part of the event, said Ray Sheehan, vice president of Upcoming Events, the Festival’s organizers.

It wasn’t hard to attract participants, especially since the Academy of Natural Sciences tends to foster creativity, Sheehan said.

“What makes this event so unique is that it’s a feast for the senses,” he said. “Smell, taste, touch, this event has them all, plus dinosaurs and butterflies.” 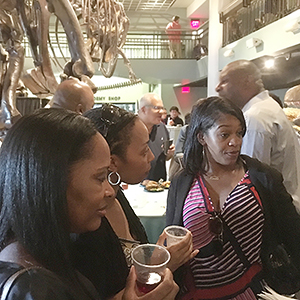 Friends take in the atmosphere of the Festival and Museum.
(Photo: Chris Murray)

Event participants felt that too. Friends Fontella Bangura, Rebekah Nesmith and Samantha Jackson had been looking for a place to hang out, and decided to come to the Festival after seeing a notice about it on Facebook, Bangura said.

It was a good time, Bangura said.

“This is a really nice program,” she said. “The food is good and there are some really nice people here. This was a good place to hang out after work.”

But while the vibe was good, I wanted to know more about the food. So here’s what stood out to me…and as it turned out, almost everyone I talked with.

After having a sample of dark Modelo, I went to the table manned by Chef Richard Sandoval and his restaurant Aqimero, which is located in the Ritz Carlton hotel on South Broad Street. They were serving the Guajillo braised short ribs with crispy corn masa croutos, chayote, shishito salsa verde and salsa de rancho au jus.

If you get this as an entrée at the restaurant, it’s $32.

It’s so good, I’d seriously consider paying it. The short ribs were “falling off the bone” tender and the salsa was full of flavor. I’ve had fried corn before, but with the little bits of cheese stirred through the masa croutos, it was different, and tasty. 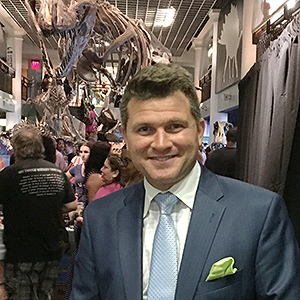 Another standout was the brisket from Fat Jack’s BBQ. With locations in Ithaca, New York, Elkins Park and Northeast Philadelphia, I now know where to go and grab some barbecue when I go visit my friends in Elmira, New York. The sauce was just the right combination of sweet and snappy without being too hot. I enjoyed it a lot.

I also liked the chicken and rice from the Halal Guys. The yogurt sauce they put on the dish was tasty,z and I look forward to going to either the Chinatown or West Philadelphia location to try their hummus.

I would be remiss if I didn’t talk about the desserts. If you find yourself at either of Wishbone’s location (West Philly and Center City), have some ginger snaps with your meal. And if you can, grab a cupcake from Treats by Hilary Banks. Her gluten-free creations didn’t skimp on taste.

But with good food, you also have to have interesting drinks. The one that everyone kept telling me about was the Tiki Sangria distributed by CBL Wine Company in Old City. It’s a sangria in a cask, and it tastes like sangria ought to taste.

The Philadelphia Restaurant Festival was presented by Modelo Especial and Cadillac

How to host a healthier happy hour

Add a touch of Tuscany to your dinner table

Germantown welcomes a ‘Happy’ new edition to the neighborhood