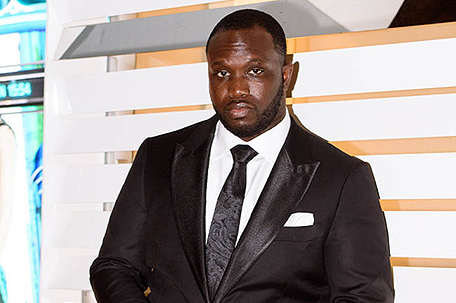 Philadelphia is known for its diverse culinary scene. There is a plethora of sushi restaurants, Italian, Mexican, Mediterranean and almost any combination of fusion options one could want.  Although the food possibilities seem endless, the options for authentic African cuisine are not nearly as widely available.

Restauranteur Sahmed Okyne is seeking to change that narrative. His restaurant, Kings and Queens located in Upper Darby, was created with the intention of bringing authentic Liberian cuisine to the Philadelphia region. Okyne spoke with The SUN about how he got his start and the importance of bringing people together through food.

Originally from West Africa, born in Liberia, Okyne came to America in 1996. Growing up in Southwest Philadelphia, his love for cuisine began in the early 2000s. Inspired largely by Caribbean food after a trip to Jamaica, Okyne felt that Caribbean food was the most similar to Liberian food.

Okyne’s love for food and business acumen is generational and was inspired by his grandmother.

“My grandmother put her eight children through school back home in Ganta Liberia, even though she didn’t go to school herself, by having a restaurant,” he shared. “She brought all her children to America through that one restaurant in Liberia. She taught my mom and all of her siblings her cooking skills. Growing up, I always had a home cooked meal… I never ate fast food. I learned from my mother and my late grandmother while she was in the states. I would watch her… that’s when I really fell in love with cooking and got the desire to create.”

Armed with a business management and marketing degree and a minor in International studies from Penn State, Okyne wanted to figure out how to turn his passion into a career. Kings and Queens first location was at 49th Street and Woodland Avenue. The first Kings and Queens location was solely for takeout.

“I was there for about two or three years. We were able to introduce so many people to Liberian cuisine. I did everything at that location. I managed, I did the customer service, the cooking and I stayed in the front window,” he explained. “I was able to learn and also experience how to fully run a restaurant and how to train my employees on customer service and consistency.”

Although there are other Liberian restaurants in the Philadelphia area, Okyne’s focus is to bring authentic Liberian cuisine to Liberians while also introducing non-Liberian customers to the cuisine.

“Customer service, ambience, infusing American cuisine and Liberian cuisine, informing customers about the food and being able to appeal to non-Liberians is important to me.”

Now located in a two-story dining facility in Upper Darby, Okyne continues to educate the masses on Liberian cuisine.

In addition to offering authentic Liberian cuisine to customers, Kings and Queens is also doing their part to give back to the community. Each year Kings and Queens feeds the homeless. For the second year in partnership with Chosen 300, Kings and Queens will host a brunch with a free three-course meal.

“On Sunday February 9, 2020 at Chosen 300 (40th Street and Lancaster Avenue), we’re feeding the less fortunate. We’re doing it fine dining style. The same way that you go to Del Frisco’s and get a first, second and third course meal, I feel that the less fortunate should get the same experience,” he emphasized. “Last year, with close to 20 volunteers, we went to the less fortunate, took their orders and they got to experience fine dining with Liberian cuisine. This year, we’re doing the same thing, serving appetizers, entrees and dessert.”

In addition to serving the three-course brunch, there is also a worship service for participants. Okyne ended our conversation expressing his desire to use food as a tool of reconnection.

“I want to give the world an introduction to Africa through Liberian cuisine. I want to spark people’s minds through the love of the food and give more love to the culture. I want people to come back home and explore the natural state of Africa. When people fall in love with the food, I hope that they’ll also fall in love with their ancestors and culture.”

Kings and Queens is known for its whole red snapper, sweet heat breast bites, Liberian jollof rice and the cassava fries. With a wide variety of options, there are plenty of choices for customers.  Kings and Queens is located at 107 Fairfield Avenue in Upper Darby. Be sure to follow @kingsandqueenslc on Instagram, Kings and Queens LC on Facebook or visit their website at: www.kqlcafrica.com for more details.

The hottest restaurant trends and how they get their sizzle