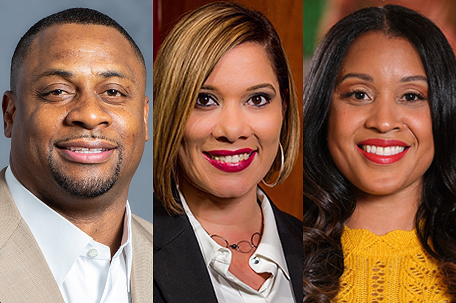 May 6, 2022 Category: Food And Beverage Posted by: Philadelphia Sun Staff

At this year’s Dish It Up competition, Women Against Abuse will be using the power of food to fight for people in abusive relationships.

Usually, the stands at Lincoln Financial Field are filled with Philadelphia Eagles fans cheering their team on as it fights to win another Super Bowl title.

On May 18, the Linc will be the scene of another championship game as some of the best women chefs in the Tri-State area engage in Women Against Abuse Dish It Up! event.

This is the 14th year for Dish It Up, said Joanna Otero-Cruz, executive director for Women Against Abuse, the city’s lone provider of comprehensive services for victims of domestic violence.

“We touch the lives of thousands of people each year,” she said. ‘The end goal is to eradicate domestic violence and to do this, we have to continue to educate individuals, not just women, that this is a public health issue. And that we have to make the choice not to solve our conflicts with violence.”

In addition to being a chance for the area’s female chefs to showcase their abilities, this year’s Dish It Up also honors former Eagle Troy Vincent, Executive Vice President of Football Operations for the National Football League and his wife Tommi, an accomplished chef and host of the “Stay A While” podcast and the “Stay A While Cooking Show.” She’s also the chair of the board of directors for the National Domestic Violence Hotline.

For the Trenton, New Jersey natives, domestic violence as a cause hits home, Tommi Vincent said. She began cooking as a way to make sense of her life after leaving a violent relationship, she said.

“I think that that’s what’s really amazing about this honor Women Against Abuse is giving Troy and I is because my healing journey involved me dishing it up in my kitchen,” Tommi Vincent said. “When I was, you know, going through the process and working through the aspects of my life that stemmed from that time when I was in my abusive relationship, I recognized there was so much power and healing that took place in the kitchen. Being a part of this event, and then also having the opportunity to uplift and celebrate the women chefs that are going to be showcased here, it’s the perfect combination for me.”

About 20 chefs are expected to compete in Dish It Up. The competition menus will include everything from vegan cuisine (Sharonda Harris-Bunton of Atlantic City’s Vegans Are Us) to American comfort food (Victoria Tyson of West Oak Lane’s Victoria’s Kitchen) to cakes (Jessica Boese of Cherry Hill, New Jersey’s Nothing Bundt Cakes), ice cream (Jen Satinsky of North Philadelphia’s Weckerly’s Ice Cream) and even coffee (Julie Kline of LaColumbe).

Telemundo62 Anchor Belén Smole will be the host for this year’s event.

It’s not too late to get a ticket for Dish It Up. Tickets are $150 for general admission and $75 for young professionals. Guests are required to show proof of COVID-19 vaccination status. For more information, go to: www.womenagainstabuse.org/events/dish-it-up.