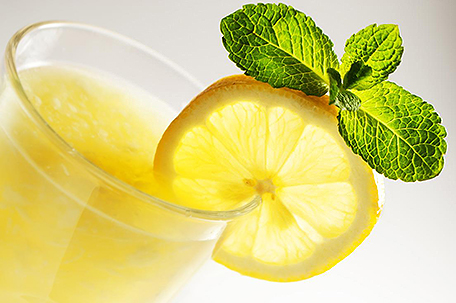 The Kentucky Derby, held the first Saturday in May, may be responsible for making mint the king of summertime drinks. Along with big hats, the Derby is famous for its mint juleps, kicking off the warm weather season.

This year, mint is making its mark in the culinary scene in some new and unexpected ways. From pesto to rice salads, mint adds a summery tone to dishes that’s unmatched by other herbs, according to Chef Odette Smith Ransome, Chef Instructor of culinary arts at The International Culinary School at The Art Institute of Pittsburgh.

Mint is used by chefs to add an additional level of flavor to dishes and drinks, according to Linda Marcinko, culinary academic director at The International Culinary School at The Art Institute of St. Louis.

“I think mint is great in summer because it brightens up so many dishes. It’s so good to use in sweet items as well as savory dishes,” she says. Marcinko enjoys utilizing mint in Thai beef and noodle salad and iced tea.

Having mint on hand is easy, too, because it’s a perennial herb that will come up each year in the garden.  According to Marcinko, “it is so easy to grow and so versatile.”

The unique flavor of mint may also be used to replace calorie-heavy ingredients in traditional dishes, according to Claire Menck, chef director of culinary arts at The International Culinary School at The Art Institute of Wisconsin.

Marcinko lightens up pesto by replacing the traditional basil with mint and eliminating the cheese. Try her mint pesto, mint syrup, and rice salad to give your summer meals an extra minty kick. 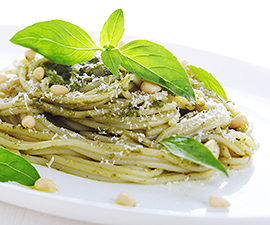 2 large bunches mint, trimmed of stems (just use the leaves)

garlic and walnuts in place in the bowl

of a food processor.

2. Pulse the mixture until it is roughly

3. With the machine running, slowly

4. Season to taste with salt, pepper, and

Salt and pepper to taste

leaves in a bowl. Toss together well.

3. Pour on the olive oil and stir to coat

all ingredients. Season to taste with salt

and pepper. Chill for about two hours

1. Combine the sugar and water in a

en the sugar. Add in the mint leaves.

2. Bring to a boil and boil for 10 minutes. Turn off the heat and let the syrup

sit until it is cool. Strain the syrup to

3. Store in the refrigerator until ready