Getting (wine and) Cheesy 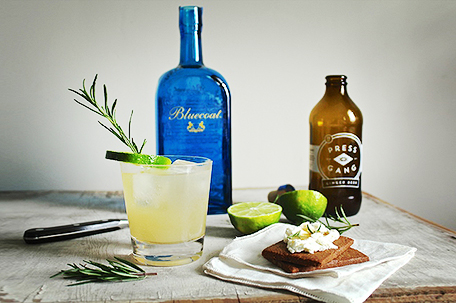 When it eventually gets warm here in Philadelphia, take a moment to grab a good cheese and some wine. Or a hard apple cider. Or a craft cocktail. Or…

As I was sitting in my living room last weekend, I posted the following as a Facebook status:

“Right now, I could really use a glass of really good Chardonnay. And some fruit. And a really good cheese.”

To me, there are few things better than the combination of a great wine, some great cheese, and fruit, be it a bunch of fresh, purple grapes or really good dried apricots, or a fruit compote baked into a brie en croute. Add some sea-salt caramel truffles from the Reading Terminal Market’s Sweet As Fudge candy shop, especially if they’ve been frozen for a while, and the awesomeness is off the charts.

So when I went to the Philly Farm and Food Festival last Sunday, visions of cheese, fruit and alcoholic libations danced in my head. That’s because cheese was the star at this year’s festival, which is a chance for restaurateurs, grocery stores and garden-variety foodies like myself to sample cheeses from cheese makers, dairies and restaurants around the country.

I learned a few things from this:

•  If you’re going to go somewhere with the volume of free samples available at a place like the Philly Farm and Food Festival, it’s probably a good idea not to eat breakfast. You’ll make up for it. I promise;

•  Pace yourself. There is such a thing as too much cheese; and…

•  While wine is great with cheese, it’s not the only alcoholic libation that works.

As part of the Farm and Food Festival, there was a section called the Libation Station. This section featured a variety of alcoholic beverages ranging from hard apple cider to vodka to whisky all made in small batches by artisan distillers.

Tenaya Darlington of Madame Fromage and Matt Budenstein of Chestnut Hill’s Weaver’s Way Co-Op, did a pairing of local cheeses and cocktails.

The drink that was paired with the cheese was called a Greensgrow Mule, which used locally made Bluecoat Gin and Press Gang Ginger Beer. It was a refreshing drink that didn’t overpower the cheeses at all.

But that wasn’t the only cocktail that I checked out as I ate more cheese than any human should in one sitting. I tried a sparkling apple cider from Frecon Farms in Boyertown, Pennsylvania. It was a sparkling cider that was bubbly, yet smooth. You might want to pair this with a strong blue cheese, like a Stilton for example.

Also, I didn’t totally abandon the whole wine and cheese paradigm. The Chaddsford Winery in Chaddsford, Pennsylvania brought along a bottle of Phillies wine, which as red, kind of strong, but still tasty. It was the kind of wine that would go with a cheese like Fat Cat, which has roasted peppers mixed in it.

I cut myself off after that because going home inebriated on a city bus is probably not a good idea.

But hopefully, you got a few ideas for your next happy hour.

In case you want a new cocktail to go with that cheese plate, here’s the recipe for the Greensgrow Mule:

rosemary sprig for garnish, plus 8-10 needles for muddling. If you want to use a traditional mule, use mint in place of rosemary.

Muddle rosemary with simple syrup and lime juice in a shaker. Add gin, shake with ice, strain into a rocks glass filled with ice, and top with ginger beer. Garnish with lime and a sprig of fresh herbs.

Five ways to enhance entertaining with a California cheese course

Wine For The Holidays