Getting past the food jargon: Decoding your produce 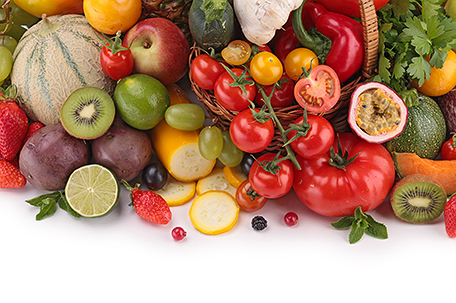 These days, when it comes to produce, the catch words are “local” and “seasonal.” Local and seasonal, like fresh and organic, can mean a lot of different things, according to Jim Gallivan, department chair of Culinary Arts at The International Culinary School at The Art Institute of Atlanta and author of several cookbooks, including “The Adventure Cookbook” and “The New Spa Cuisine.”

•   Local. Local can be defined as having been grown less than a day’s drive from where it’s purchased. In general, local is preferable, Gallivan says. It lasts longer because it hasn’t spent days traveling across the country or the world to get to you, and less travel means less pollution and fewer wasted resources.

•   Seasonal. If you’ve ever picked your own strawberries, you know there’s nothing like that fresh-picked taste. Today, you can get almost any kind of produce at just about any time of the year. Asparagus in December? It’s shipped in from Peru, where it’s in season. Apples in July? They’re pulled from cold storage just for you. But if it’s not in season, it’s not local, and that means it won’t have the great flavor you find in local fresh-picked produce.

•   Fresh. We tend to think we should always choose fresh. And if it’s local and seasonal, fresh is usually better. But sometimes canned or frozen is a better choice, especially when you’re cooking the vegetables or fruit, as opposed to serving them uncooked. For instance, canned tomatoes – especially in the winter when they aren’t in season – are probably best. Gallivan says to remember that canned and frozen produce is typically picked and processed at its peak. That means it’s going to taste much better than out-of-season fresh produce that has been traveling for days or stuck in cold storage for months.

•   Organic. Google the word “organic” and you’ll find hundreds of websites with as many variations of meaning. By definition, organic produce has been raised without chemical fertilizers and pesticides, using sustainable agricultural practices. “Natural” is not the same as “organic.” Neither is “additive free” or “no preservatives.” Moreover, there are different levels of United States Department of Agriculture Organic Certification (www.ams.usda.gov). That means when you shop for organic produce, you need to be aware and read the fine print.

One other important influence on the flavor of modern produce, which is grown on huge farms and packaged in giant processing plants, is the trend toward hybrid varieties bred for looks, shelf life and resilience during shipping. Flavor is not generally a top priority. Gallivan says there are exceptions, and some large agribusinesses do produce flavorful, organic foods.

The bottom line for buying produce: Educate yourself. Know what is in season, what is grown locally and where it can be purchased, and how to determine if something really is organic. To learn more about The Art Institutes schools, visit www.artinstitutes.edu. 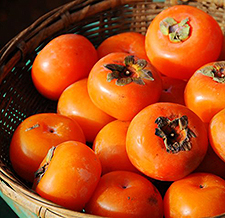 2. With a sharp, serrated knife, cut in half on the vertical axis and wrap each half tightly in plastic wrap.

4. About five minutes before serving, remove from freezer and unwrap.

Note: There are two varieties of persimmons – the Hachiya and the Fuyu – and both are seasonal between late fall and early winter. Both are the same earthy orange color. The Hachiya is acorn-shaped with a pointy bottom, and it tends to be hard and astringent, which makes it best for cooking. The Fuyu is shaped like a squat tomato, and upon ripening it becomes very sweet.

2 cups half and half

1. Heat the butter and oil together.

2. Add leek and saute until soft.

4. Add potatoes and stock, bringing to a boil.

5. When potatoes are soft, puree all and return to simmer.

7. Season to taste with salt and pepper, garnish with sour cream and freshly grated nutmeg.

May be served hot or chilled.

Summer entertaining made simple and delicious