Carla Hall is renewing the business of soul food 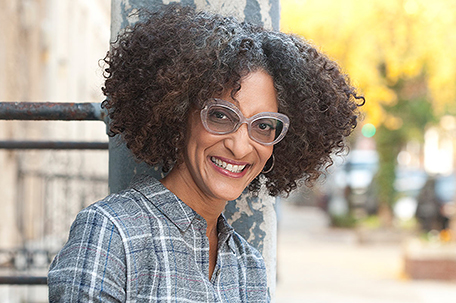 Hall launched her first Southern Kitchen in Brooklyn last month. This new venture features the chef’s version of her hometown signature dish, “Nashville hot chicken.” The highly anticipated Smithsonian Museum of African-American History and Culture picked Hall to consult on its restaurant. She is uniquely positioned to introduce soul food as a fast-casual concept for broad appeal, while deferring to that same food culture’s traditions in a venue where millions will experience “authentic” black history. Expectations are high on both sides.

Hall spoke with Urban News Service about the challenges and rewards of bringing soul food into cultural focus. 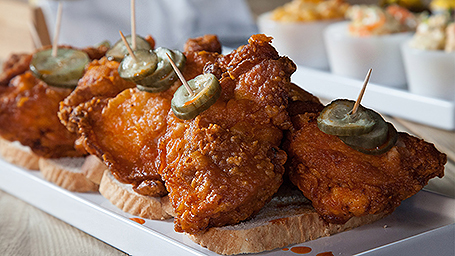 UNS: Was the Kickstarter campaign a “proof of concept” that investors wanted to see before jumping in?

CH: I was asked so many times through the years — by friends, family and really mostly by fans — when I would be opening a restaurant. When the concept finally came to me, it just felt so organically right to see if all of those people who had been asking about the restaurant would take part in its coming to fruition.  So yes, I guess it was more of “proof of audience demand.”

Restaurants seem to be adding “homemade” elements that have their roots in Southern/soul cooking — biscuits, grits, etc. Is this a foodie trend or does it represent a real desire for comfort/familiarity?

I think that what is new is the reach that we can have in the world due to social media and the proliferation of cooking shows and food-experience shows on television. Those things have allowed people to discover food experiences that might not have wound up in their field of vision in other years. In turn, this has given space to Southern/soul cooking to grow in new places, and I am so excited to be a part of that.

UNS: Does “soul” send a different message than “Southern”?

CH: I do feel that there are differences between soul and Southern cooking. One does not negate the other, but it’s important to recognize these differences when looking at opportunities. I think the main differences are the depth of flavor and spices used in soul food versus those used in Southern food. There is also the history attached to soul food and where this food came from. I would like to share the food that I grew up eating at my grandmother’s house for Sunday suppers in Nashville. Since I’m from there, I’m sending a message of authenticity. As a busin ess model, I think the consumer is looking for a true experience rather than a contrived one.

UNS: How important is the “story” of soul food/Southern cooking to the advancement of the new restaurant’s brand?

CH: It’s incredibly important. I made the decision to do this food because I’m proud of it. I’m proud of its contribution to regional cuisine in the United States. It’s important that not only our customers understand, but also our cooks and servers, the care and passion that it takes to make each one of our dishes and drinks and to set the tone of Granny’s house when there was always a chair for someone to “do drop in.” The same way that my ancestors used what was available to “make do” and “make delicious,” we’re doing the same thing.

UNS: Are African-American entrepreneurs adequately embracing the potential of Southern food, or are there still untapped opportunities?

CH: It took me a while to come around to where I am today, because I ran away from this food. I didn’t want to be pigeonholed as the “black cook who made Soul food.” I wanted to prove that I could cook other things and that I knew other cuisines. That said, I started noticing more and more folks outside of our culture falling in love with, researching and doing this food. I turned to myself and asked, “Why not me? I lived it. I still live it. Why not me?” Just like myself, I think African-American entrepreneurs are embracing our food and culture. It may be happening slower than we want, but it’s happening.

Through Soul Train, Don Cornelius created a world that everyone wanted to be a part of