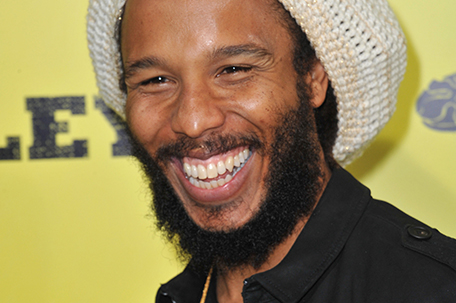 The son of reggae icon Bob Marley and Rita Marley will be one of the highlights of Nat Geo’s Earth Day Eve 2021 streaming concert on Wednesday.

“Any time they call me, I’m there for this. Any time they want me,” he said from Los Angeles. “Everything is being done a bit different but we’re still doing it, which is the main point.”

Marley will pull out an acoustic guitar and sing a song appropriate for the event: “I Don’t Wanna Live On Mars” from his 2014 album “Fly Rasta.” The opening line is: “I don’t want to live on Mars/I don’t want to drive space cars.”

The special will be seen Wednesday at 8:30 p.m. ET/5:30 p.m. PT on National Geographic’s YouTube channel and website. Following that show, the action will move to TikTok for an afterparty with Jayda G., who’ll be spinning records accompanied by visuals from the Disney+ series “Earth Moods.”

Earth Day — this year on Thursday — has for decades been used to rally support for action on climate change. Carbon dioxide levels have increased 26% since the first Earth Day.

Ziggy Marley–Getting Ziggy with It