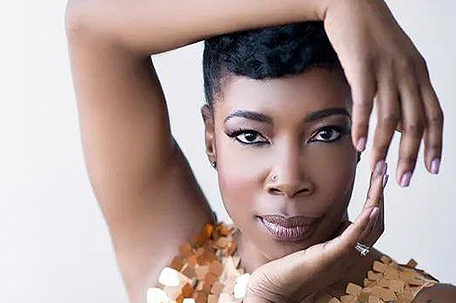 A star-powered fundraiser featuring Philadelphia’s Recording Academy Chapter president Donn T. and other local talent is set to take place at the City Winery in the Fashion District on Nov. 8.

“Everyone involved with the Rajant World Music Benefit for UNICEF is volunteering their time and talents,” Robert Schena, Rajant CEO and co-founder said. “In 2020, Rajant began to focus on UNICEF. In collaboration with UNICEF’s local Philadelphia chapter, we are proud to take what was an online streaming experience that raised $125K over two years to an in-person fundraiser with an organization where 88 cents of every dollar donated will go toward children. We will continue to call upon businesses and individuals at the community, employee, and Rajant global partner level to sponsor, attend, and give. Together, we’ll bring greater impact to ensure every child is healthy, protected, educated, and respected.”

UNICEF is the United Nations agency responsible for providing humanitarian and developmental aid to children in 190 plus countries worldwide.

Their 2022 gala in Philadelphia will shine a light and celebrate the strength of children, including Philadelphia’s own “Orange Box Kids.” The event will also showcase a series of stories depicting the courage and resilience of children from around the world challenged by hardships, such as the unrest in Ukraine, the malnutrition crisis in the Horn of Africa, and impacts of the COVID-19 pandemic.

“Benefits are designed to cast a wide net. The World Music Benefit for UNICEF is a call to the entire community to come together to help kids,” Donn T. said. “It’s a call to the whole Village.  The night is unique and varied and there will be a little something for everybody for a great cause.”

As president of the Philadelphia Chapter Recording Academy, Donn T. believes that advocacy is a part of the job, and she encourages others to consider lending their time and efforts to uplift the humanitarian efforts of UNICEF.

“Justice, equity, and charity have always been major themes in my life,” she said. “I presently serve as president of The Philadelphia Chapter of The Recording Academy, where I champion for music creators and professionals. I personally believe artists make very natural advocates. I see it as an instinctive pairing. We often are gifted unique experiences that we share creatively in hopes of affecting society, the listener, or the viewer. We seek to impact, adjust the landscape. Through my artistry, I hope to inspire greater tolerance and understanding in the world. Assisting the humanitarian efforts of UNICEF as they seek to aid disadvantaged children and adolescents is also a way to effect change.”

“And who doesn’t remember a UNICEF commercial?” Donn T. asked.“As a healthy child who had access to food and clean water, I thought most children had my lived experience. Then I saw a UNICEF commercial, and I was shook! I was an empathic child, easily touched by the hardships of others.”

Her outlet as a young creator was writing.

“{I was] writing about the inequities and injustices in the world,” Donn T. said. “When I published my first song at nine-years old, it was about societal ills and homelessness. I was deeply moved by the landscape as artists are. UNICEF was an organization helping kids like me [to emphathize]. Giving was a way to act. So, I took my allowance and put it in the UNICEF box at the grocery store when I went shopping with my mother.”

According to Alice DiSanto, VP of global marketing at Rajant, Philadelphians have a distinct history when it comes to UNICEF.

“In the 1950’s, Philadelphia was where Mary Emma Allison first distributed the little orange boxes so children could collect money for UNICEF while Halloween trick-or-treating,” DiSanto said. “Back then, the money was used to help children left vulnerable by World War II. Since then, that little orange box idea has grown by leaps and bounds. It is an entirely digital experience in 2022. From digital online giving to star-packed events, Rajant believes there is an “Orange Box Kid” in all of us eager to give back and make a difference.”

Rajant was also intentional about including local artists.

“During the heart of the pandemic, artists performed online from their living rooms, bedrooms, kitchens, etc,” DiSanto said. “It was a lifeline for them and for those who experienced these shows while we were all figuring out how to move forward. I was one of those artists. Rajant requested that I do an online performance for UNICEF back then. I did so from my recording studio in Philadelphia, accompanied by guitarist/producer Jake Morelli. Now, I’m excited to perform in-person on Tues., Nov. 8 for UNICEF at City Winery. It’s a full circle moment.”

For more information about the gala, visit: https://rajant.com/unicef/. You can also stay connected with Donn T. on Instagram @dtonevic and Twitter @Donn_T. Donn T will also be featured in a new Netflix documentary called “Descendant” – it is a story centered on Donn T.’s family through her mother Jacqui Lewis Thompson’s lineage.