With radio show, Blige encourages life with ‘no more drama’ 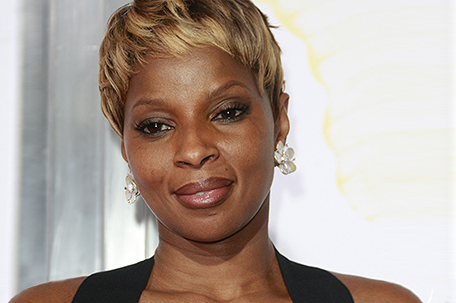 NEW YORK — R&B star Mary J. Blige is hoping she can offer love and support to those who “are sitting in their car in traffic about to jump out and kill somebody or kill themselves” with a positive and inspirational radio show.

The singer, who launched “Real Talk” this month on Apple Music’s Beats 1 Radio, said she wants to motivate fans with her show – much like her songs have.

Blige, 44, added that if she “could have had Michael Jackson on a radio station back then, or had Janet Jackson talk to me when I was growing up, it would have meant the world to me.”

Each episode of her show will be named after songs by Blige, whose hits include “Not Gon’ Cry,” ‘’Real Love,” ‘’Family Affair” and “No More Drama.”

Her first show, “My Life,” looked back at her groundbreaking 1994 sophomore album of the same name.

“It was special to me because I got a chance to express to people that didn’t know exactly what was happening during the making of the ‘My Life’ album and what I was dealing with,” said Blige, who was battling drug addiction at the time. “Although I’ve come a long way and I’ve recovered and I’m strong and no one’s going to hurt me again – or I would hope that no one hurts me again – just the feeling, just the nostalgia, just the memories are all very vivid and the same.”

Her next episode, debuting Saturday and called “Doubt,” will include Demi Lovato, the 23-year-old singer-actress who entered rehab in 2010 to deal with an eating disorder, self-mutilation and other issues.

Jimmy Iovine, who encouraged Blige to do the show, said when he worked with the singer at Interscope Records he thought she would be a great TV talk-show host.

“She’s that girl. She’s very powerful at articulating her truth and making people feel very comfortable when they’re around her,” Iovine said in an interview. “I feel that she’s a natural for this and we love giving her the platform.”

On her show, Blige also tried to recreate her Beats 1 Radio commercial with Taraji P. Henson and Kerry Washington, which went viral after it debuted during the Emmy Awards in September. Blige said Washington was unavailable, but an episode with Henson will debut Dec. 6 (the show airs biweekly at 2 p.m. EST).

“We’re reminiscing and we’re going back to her life in D.C.,” Blige said of Henson, who stars on “Empire” on Fox. “We’re friends so it’s hilarious. We’re having a ball, and we got deep, too.”

Blige said more guests on her show will be announced at a later date. She said she’s hoping to score an interview with first lady Michelle Obama.

“I definitely want to do it with Michelle Obama – if she will have me,” Blige said. “That would be a dream come true.”

Mary J. Blige broke all records with her new scent “My Life”