After winning an Emmy, Sterling K. Brown still winning with ‘This Is Us’ 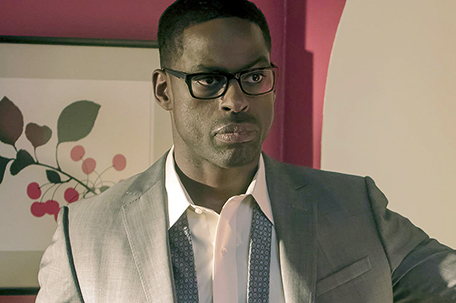 ABOVE PHOTO:  Sterling K. Brown as Randall in ‘NBC’s This Is Us’.

NEW YORK — Sterling K. Brown can chalk 2016 up as a win. He won an Emmy for his portrayal of Christopher Darden in FX’s “The People v. O.J. Simpson: American Crime Story,” and he’s one of the stars of NBC’s “This Is Us,” which premiered this fall and is doing well in the ratings.

“This is probably the busiest time that I’ve had in my life so far,” the 40-year-old actor said in a recent interview. “Busy is good, you know. Busy is better than bored and there’s more recognition, like I try to feign the anonymity which I had before ‘O.J.’”

“It has opened doors in terms of opportunities like auditions that would probably not have come my way in the past are now starting to become available to me so I’m enjoying it. It’s really cool,” he said.

Brown plays Randall, who was adopted by a white family. The story is told in two timelines, the past and the present.

“It’s a really simple story,” he said. “It’s about a family, but the twist is that you get a chance to see the parents at the same age as the children in sort of this mid-thirties (time period) when you have all of these sort of critical decisions that sort of chart the rest of your life, you know? … It reminds me of that moment when you say like, ‘Oh, my parents – they’re not perfect and it’s OK that they’re not perfect because they did the best that they knew how to do.’”

He recalls getting the script for the pilot episode while he was shooting “The People v. O.J.” (Brown said he keeps his Emmy in the garage because it’s sharp and he has two young children.)

“I was probably sitting at the prosecution’s desk next to Sarah (Paulson), and I go, ‘Yo, Sarah, I think I found something that I want to do.’ She was like, ‘Really? Is it really good?’ I was like, ‘Yeah, it’s really good.’”

Brown especially enjoys reading fan reaction to “This Is Us” on social media as developments in the characters’ lives are revealed in the present timeline.

“I love seeing the questions that the fans have like, ‘When did Miguel (played by Jon Huertas) pop into the scene? Like, how the heck did that happen? What happened to his wife?’ he laughed.

Brown says he counts himself as a fan and enjoys tuning in to see the various stories on the show unfold.

“I love the show and to be on something that you would love watching whether you are on it or not? That’s the stuff.”