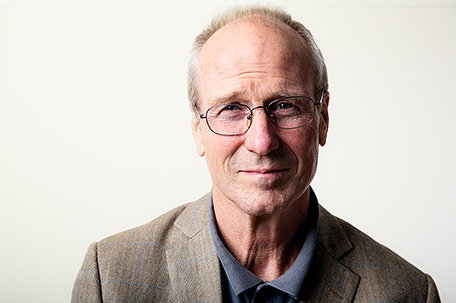 ABOVE PHOTO: William Hurt, a cast member in the Amazon series “Goliath,” poses for a portrait during the 2016 Television Critics Association Summer Press Tour at the Beverly Hilton on Sunday, Aug. 7, 2016, in Beverly Hills, Calif. (Photo by Rich Fury/Invision/AP)

NEW YORK — William Hurt, the Oscar-winning actor of “Broadcast News,” “Body Heat” and “The Big Chill,” has died. He was 71.

In a long-running career, Hurt was three times nominated for an Academy Award, winning for 1985′s “Kiss of the Spider Woman.” After his screen debut in 1980’s Paddy Chayefsky-scripted “Altered States” as a psychopathologist studying schizophrenia and experimenting with sensory deprivation, Hurt quickly emerged as one of the 1980s foremost leading men.

In Lawrence Kasdan’s 1981 steamy neo noir “Body Heat,” Hurt starred alongside Kathleen Turner. In 1983’s “The Big Chill,” again with Kasdan, Hurt played the Vietnam War veteran Nick Carlton, one of a group of college pals who gather for their friend’s funeral.

Having started in New York theater, Hurt then returned to the stage to star on Broadway in David Rabe’s “Hurlyburly,” for which he was nominated for a Tony. Shortly after came “Kiss of the Spider Woman,” which won Hurt the best actor Oscar for his performance as a gay prisoner in a repressive South American dictatorship.

“Acting is a very intimate and private thing,” Hurt told The New York Times in 1983. “The art of acting requires as much solitude as the art of writing. Yeah, you bump up against other people, but you have to learn a craft, technique. It’s work. There’s this odd thing that my acting is assumed to be this clamor for attention to my person, as if I needed so much love or so much attention that I would give up my right to be a private person.”

Albert Brooks, his director, and co-star in “Broadcast News,” was among those responding to Hurt’s passing. “So sad to hear this news,” wrote Brooks. “Working with him on ‘Broadcast News’ was amazing. He will be greatly missed.”