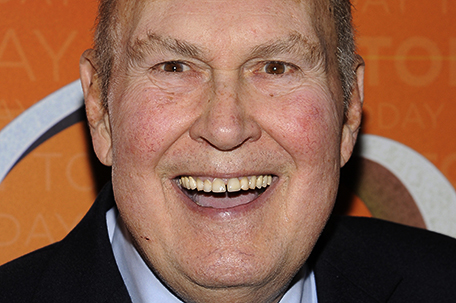 NEW YORK — Willard Scott, the beloved weatherman who charmed viewers of NBC’s “Today” show with his self-deprecating humor and cheerful personality, has died. He was 87.

“He was truly my second dad and am where I am today because of his generous spirit,” Roker wrote on Instagram. “Willard was a man of his times, the ultimate broadcaster. There will never be anyone quite like him.”

“He played such an outsized role in my life and was as warm and loving and generous off-camera as he was on,” Katie Couric tweeted.

Scott began his 65-year career at NBC as an entry-level page at an affiliate station in Washington, D.C., and rose to become the weather forecaster on the network’s flagship morning show for more than three decades. His trademark was giving on-air birthday greetings to viewers who turned 100 years old by putting their faces on Smucker’s jelly jars and delivering weather updates in zany costumes.

According to NBC, he once took up a viewer’s dare to appear in drag to win a $1,000 donation to the USO, the charity for military families, by dressing up as the Brazilian singer Carmen Miranda. The stunt wasn’t new for the genial Scott: he played Bozo the Clown when he hosted a children’s TV show in the 1960s and Ronald McDonald in commercials in the Washington area.

He often dressed as Santa Claus at the National Tree Lighting ceremony throughout the 1980s and co-anchored NBC’s coverage of the Macy’s Thanksgiving Day Parade between 1987 to 1997. In one memorable moment on live television, First Lady Barbara Bush gave him a kiss during the 1989 inauguration parade of her husband, President George H.W. Bush.

Scott handed the reins to Roker in 1996, occasionally filling in for him for the next decade before fully retiring in 2015.

He is survived by his wife, Paris Keena, whom he married in 2014, and two daughters with Mary Dwyer Scott, his wife of 43 years until she died in 2002.

Fred Willard, the comedic improv-style actor, has died at 86