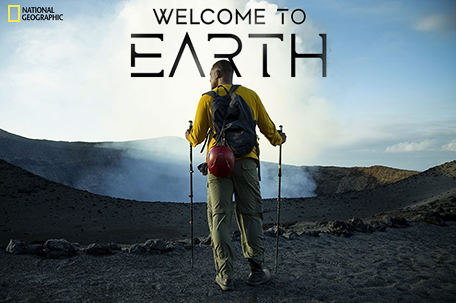 Will Smith is booked and busy. From memoirs to movies, the “Independence Day” and “Men In Black” star is now conquering the planet in a National Geographic original documentary titled “Welcome To Earth.”

The Philadelphia native has literally traveled to the ends of the earth — and in doing so, faced some of his ultimate fears while checking off a few bucket list experiences.

“Welcome To Earth” is executive produced by Academy Award-nominated filmmaker Darren Aronofsky, Protozoa Pictures, Jane Root’s Nutopia and Westbrook Studios. The docu-series will be available to stream on Disney+ in December.

Hours before Smith kicked off his five-city book tour at the Met Philadelphia theater , National Geographic hosted a special screening at the Osteria Restaurant giving a sneak peek into the highly anticipated production.

Jane Root, former president of Discovery Networks US and founder of Nutopia, was in attendance to answer any and all questions about the documentary.

“We set out to make science and the world relevant to viewers, and with the creative talents of Darren and his team, we did just that, in this epic and visually stunning journey.” Root wrote on Nutopia.com.

The trailers highlight the two-time Academy Award nominee as he courageously goes on an extraordinary, once-in-a-lifetime adventure around the world to explore Earth’s greatest wonders and reveal its most hidden secrets.

In one scene, Smith is seen climbing a mountain while revealing that it is something he has never done before. Throughout the six-part limited series, he is guided by elite explorers on an awe-inspiring journey to experience the incredible spectacles Earth has to offer.

Root shared with attendees at the Philadelphia showing that “Welcome To Earth” took two years to complete. And of course, everyone in the room who worked on “Welcome To Earth” described the charismatic actor as much fun to work with.

Here’s some fun facts about ‘Welcome To Earth’ and what to expect:

–Smith will be guided by accredited and experienced travelers as he explores Earth’s rare and greatest places.

–The music featured in the series is composed by Daniel Pemberton (“Trial of The Chicago 7,” “Steve Jobs”).

–Get ready to lose your breath as Smith travels deep into the darkness of the ocean bottom, ventures about active volcanoes and dunes and climbs a mountain.

–Most exploration takes place in destinations deemed unsafe for the average person.