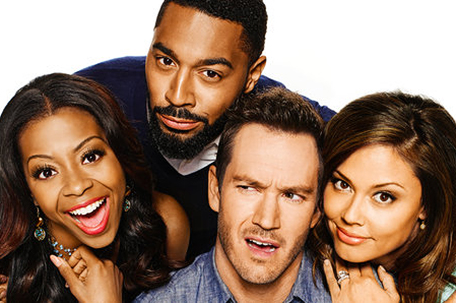 ABOVE PHOTO:  Cast of “Truth Be Told”

Everyone has heard the name Will Packer.  His name has become synonymous with comedic films, and blockbuster successes like Think Like A Man, Think Like A Man Too, Ride Along, About Last Night, The Wedding Ringer and most recently Straight Outta Compton. Although Packer is known best for his work on the big screen, he is certainly no stranger to the world of television as co-founder of Bounce TV.   Packer is now bringing his formula for laughter to network television with the new sitcom “Truth Be Told” airing Friday nights this fall on NBC. Recently, I had the pleasure of speaking with the always vibrant Packer about his newest venture.

We started our conversation discussing the leap into network television and the differences in the format. “The biggest difference in TV and film is the process… but I look at the similarities. At the end of the day good content rises to the top and audiences respond to good content.”

After seeing a preview of “Truth Be Told”, I understand why there is so much anticipation surrounding the show. Beaming with pride, Packer shared the reasons why he is elated about this project. “I’m so excited for my first foray into TV. I can’t wait for audiences to see the Will Packer brand and content on network television. I think audiences are really going to dig these characters that writer DJ Nash has created.  I think they are going to dig the straightforward straight talk. It’s the kind of conversations that we’re having in our daily lives, there’s no water cooler anymore. There’s Facebook, Twitter, Instagram and so I think the straight forward, no filter talk and dialogue that gets people’s attention on those platforms, is what we’re doing with a light slant to it.”

With a title like “Truth Be Told”, I had to ask about the amount of candor viewers can expect to see on the show. Packer responded with a laugh and, “Straight no chaser!” He went on to say, “I mean on the opening episode you’ve got a white guy that is so proud that he’s learned the Jay Z rap to “Empire State of Mind” that he wants to rap the N-word.  His black friend is like No No No sir you can’t do that… it’s that kind of stuff.” 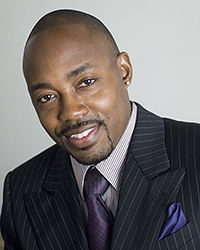 In addition to dealing with tough subjects in ways that will make us laugh, Will Packer has put together an all-star cast including; Tone Bell (“Whitney”), Vanessa Lachey (“Wipeout”),  Bresha Webb (“Love That Girl!”) and Mark-Paul Gosselaar (“Saved By The Bell”). I have to admit I was more than thrilled to find out that Mark who most of my generation (myself included) fell in love with as Zac Morris was making his way back to network tv. Packer shared in my enthusiasm, “Zack is back, Zack attack!  He (Mark) wanted something different and something that he could sink his teeth into that would be fun yet still a challenge.” Packer went on to sing the praises of his entire cast. “I think I’m very fortunate in that I haven’t had the cast that smiles for the cameras and hates each other behind the scenes.  I think that’s really great because audiences can tell when chemistry is real and organic. One of the great things about the show is that the cast are genuinely friends… they actually hang out when the cameras aren’t rolling, when they’re not on set.  There is real chemistry between this crew and you can tell… It translates on screen.”

“Truth Be Told” based on content alone is bringing a fresh approach to TV, but it’s also revamping a concept I’ve loved since I was a kid, the Friday night line up. “I loved the Friday night lineup when I was a kid as well. It’s cool now to be on Friday nights. I love the fact that we are the only show like this during our timeslot. I think that there is an opportunity to bring excitement back to Friday nights! We’re on Friday nights at 8:30… what are you doing at 8:30? You’re not going out yet, you’re not at the bar yet…Watch this and then you can go hang out on Friday nights.” “I want them to walk away saying now this is fresh, this is something different, it was an enjoyable ride, I like this group of friends and I want to see what they do next… That’s what I want.” I think that the combination interesting story lines, sensitive topics, and tackling the taboo with humor will undoubtedly make “Truth Be Told” a standout addition to Friday nights.  “Truth Be Told” premieres October 16th at 8:30PM on NBC… Don’t miss out on the fun!