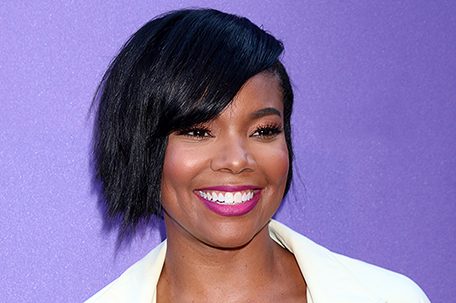 Gabrielle Union has typically been transparent about her life experiences, including her battles with infertility. The actress has carried the pain of several miscarriages and failed in vitro fertilization (IVF) trials, she revealed in her memoir “We’re Going to Need More Wine: Stories That Are Funny, Complicated, and True.”

Most recently, Union, 45, revealed the medical reason behind the miscarriages and unsuccessful fertility treatments. The “Being Mary Jane” star opened up at the BlogHer conference in New York City last week about being diagnosed with adenomyosis — a benign form of endometriosis in which the cells that usually grow outward into the uterus lining instead grow inward into the uterus muscle and can result in infertility.

“Fertility is not an older women issue, it is an issue period,” she said, according to ABC News. “Towards the end of my fertility journey, I finally got some answers, because everyone had just sort of chalked it up to ‘You’re a career woman, you’ve prioritized your career, you waited too long and now you’re just too old to have a kid. And that’s on you for wanting a career.’”

“The reality is I actually have adenomyosis.” Union continued. “There is nothing you can do about adenomyosis. The gag is that I had adenomyosis in my early 20s.”

The health revelation finally provided a needed explanation for Union. Sharing her story also provides comfort for many other women who have struggled with infertility.

Adenomyosis is most common in women ages 40-50, causing more severe menstrual cycles that include heavy bleeding and frequent cramps, Medical News Today reported. The uterus can become enlarged and tender due to the condition. It can also lead to pelvic pain, as well as pain during sex and bowel movements. The condition can be easier to deal with for some women who don’t experience symptoms.

The specific cause(s) of adenomyosis is unknown, but studies have said that some hormones — estrogen, progesterone, prolactin and a follicle stimulating hormone — play a role in this type of endometriosis, according to WebMD. An MRI or transvaginal ultrasound, as well as a hysterectomy, can help doctors to diagnose the condition. A mix of anti-inflammatory medications and hormone therapy, as well as procedures including Uterine Artery Embolization (UFE), are used to treat adenomyosis. However, most cases are cleared up with the onset of menopause.

Union, with her candid story about being diagnosed, has hopefully opened the door for more women to confront infertility and pelvic issues head-on. The actress is living proof that there is still a great quality of life that women can have, even with uterine conditions.