WGAW Releases 2015 Diversity Report: In short, it’s not getting any better 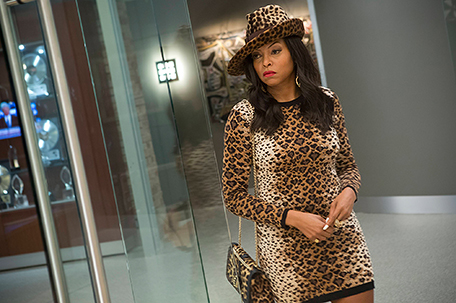 ABOVE PHOTO: Taraji P. Henson as “Cookie” in FOX’s ‘Empire’

A companion piece to the UCLA Ralph Bunche Center’s own rather extensive, comprehensive report on diversity in the American film and TV industry, here’s the Writers Guild of America West’s own report on its findings on the state of diversity in writing for television within the entertainment industry, which is based on employment patterns for nearly 3,000 writers, working on close to 300 TV shows, airing on 36 broadcast and cable networks during the 2013-14 season.

Specific groups highlighted in the report are: women, minority, and older writers.

Unsurprisingly, their findings reveal that very little changed between the 2011-12 TV season, and the 2013-14 TV season. The surprise may however be that, in fact, their report shows that things actually got worse, with women and minorities losing ground year-over-year, when compared to their white male counterparts, both in terms of overall writing staff positions, as well as in high-level executive producer ranks. The 2013-14 season saw minority and women writers’ share of TV staff employment decline across the board, while overall minority TV writer staffing levels remain disproportionate to actual minority demographics of the U.S. population, as diverse writers continue to be substantially underrepresented on TV writing staffs as a whole.

And some whine when networks introduce initiatives to increase the participation of capable writers from under-represented groups.

Meanwhile, although writers over 40 continued to claim a majority of all staff writer positions, data from the most recent TV season show that their employment prospects drop dramatically after age 50.

“Over the years, the fortunes of diverse writers in the television sector have ebbed and flowed. While the general pattern consists of an upward trajectory in diverse sector employment, the rate of progress has failed to keep pace with the rapid diversification of the nation’s population. This is significant not only in terms of employment opportunity but also in terms of industry bottom-line considerations,” noted the report’s author, Dr. Darnell M. Hunt, director of the Ralph J. Bunche Center for African American Studies at UCLA and professor of sociology. “Indeed, research is beginning to confirm the common-sense notion that increasingly diverse audiences desire more diverse storytelling. When diverse voices are marginalized or missing altogether in the writers’ room, it is less likely that the stories told will hit the mark.”

So, despite what looks like progress in front of the camera (given the wealth of black actors cast in lead roles in pilots or series, set to premiere next TV season), the picture isn’t quite as, shall we say, colorful, in the many TV studio writing rooms.

Via press release, key findings in the WGAW’s 2015 TV Staffing Brief include:

Women were underrepresented by a factor of nearly 3 to 1 in other programming staff positions and minorities by nearly 11 to 1.

During the 2013-2014 season, minorities were underrepresented by a factor of more than 2 to 1 among writers staffing shows at the major broadcast networks.

Despite “periodic advances and pockets of promise,” Hunt asserts that the WGAW’s latest report offers a woefully familiar conclusion: “Much work remains to be done before diverse writers are adequately incorporated into the television industry, and we are losing ground in this effort as the nation races toward the not-too-distant day when it becomes majority minority… Findings like these highlight a glaring disconnect between the increasing diversity of audiences and business-as-usual practices in the Hollywood industry. The fact is that writers’ rooms simply do not reflect the America of today or the America that is steadily emerging.”

Hunt concludes the report by suggesting the potential financial impact of not improving true diversity within the ranks of writers and the industry at large: “Failures on the diversity front increasingly will become failures in terms of the bottom-line of ratings.”