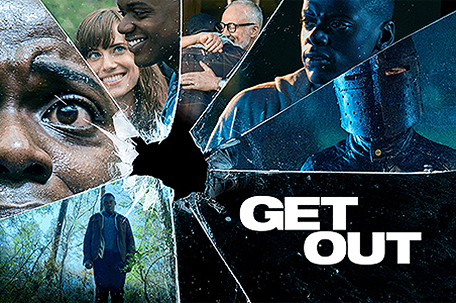 Over the past few weeks, box office analysts have been predicting that Disney’s “Beauty and the Beast” would gross as much as $120 million on its opening weekend. I thought it would do well, but not $120 million. It turns out that most of us were quite off the mark since the film made $170 million (and $350 million worldwide) this weekend, becoming the highest domestic March opening ever for any film, and the seventh largest film opening ever. And with opening numbers like that, it’s a good bet that “Beauty” will eventually gross at least $1 billion worldwide, which would be a relief to Disney, given that, according to reports, the studio spent some $300 million on the film’s production and marketing.

The $170 million it made this weekend beats out the previous March record holder, Warner Bros.’ “Batman vs Superman” from last year, which opened with $166 million. And what’s even more remarkable is that if you look at the top ten higehst openings of all time, including “Beauty”, six of those films are either Disney or Disney/Marvel films. Warner Bros. takes up the rest of the slots with one exception, “Jurassic World” from Universal, which still holds the record for the second highest opening ever. Evidently Disney (and Marvel) rule the planet.

But I admit I was stunned by these numbers for “Beauty” because I didn’t believe that there was much of an audience for a live action version of an old cartoon. Apparently, a lot of people were interested and willing to pay to see it.

In second place is last week’s No. 1 film “Kong: Skull Island” which earned $28.9 million, a 52% drop from last week, grossing $110 million domestic to date, and $259 million worldwide. However that’s not so great when you consider that the film has a reported $180 million price tag, which means it has a way to go before it even hits the break even mark at around $450 million.

However Fox/Marvel’s “Logan”, which was the highest grossing film in the U.S.  until “Beauty” came along, is still doing big business with $17.5 million for the weekend, and over $184 million domestic, and $481 million worldwide.

“Get Out” continues to prove that it has very long and durable box office legs, coming in fourth with $13.2 million and $133 million to date. At this rate, it will surpass $150 million easily, and will go well beyond that. In addition, the film is just beginning to open internationally, earning another $2.9 million in the UK.

Meanwhile, the independently made and released office space/horror/thriller “The Belko Experiment” actually did well, coming in 7th place with just over $4 million, which, all things considered, is not bad for a film made cheaply, for $3 million.

“Hidden Figures” has now crossed the $214 million mark worldwide, while “Fence” has made $63 million globally, with the UK being the No.1 country overseas.

And once again, the UK is also the No.1 overseas country for “Moonlight” with just over $4 million to date; France comes in second with $3.3 million, and Spain is third with just over $2 million. The overall international take for the film is now around $23 million.