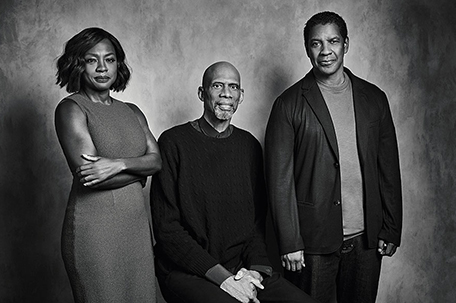 A film that’s getting much Oscar buzz as it continues to screen for the industry and press around the country, Denzel Washington’s adaptation of August Wilson’s Fences, is, as expected, getting an awards-season release date, as Paramount, the studio behind the picture, has set a nationwide roll-out beginning Christmas week.

Keep in mind that this film adaptation of Fences isn’t part of the deal that Washington has with HBO, which will see him bring to the small screen, Wilson’s American Century Cycle series (minus Fences), which consists of 10 plays portraying the 20th century African American experience, from the early 1900s, just after slavery and the Civil War, to the 1990s.

Washington and Davis are reprising the roles they played in the Broadway revival of Fences that was directed by Kenny Leon, both giving strong performances that would earn them the highest honor in the theatre world, the Tony Award for Best Actor and Best Actress in a Play.

MACRO, Bron Studios and Scott Rudin Productions are producers of Fences, which Paramount is distributing.

This week, for “The Hollywood Reporter,”  NBA legend Kareem Abdul-Jabbar interviewed Washington and Davis about the making of the film, adapting August Wilson’s classic — “the suddenly urgent ‘King Lear’ of African-American plays” – the film’s potential box office reach, its time and setting and how the story might be received in contemporary America (especially with regard to choices made by Davis’ character and how women in 2106 might react), and more. It’s more of a straightforward Q&A session, with Abdul-Jabbar reading his questions from a piece of paper, than a casual, extemporaneous conversation between the three of them. But it’s still worth watching. And thankfully “The Hollywood Reporter” has made an edited version of the interview online watch it at http://shadowandact.com/2016/12/01/watch-kareem-abdul-jabbar-interview-denzel-washington-viola-davis-stars-about-fences/.