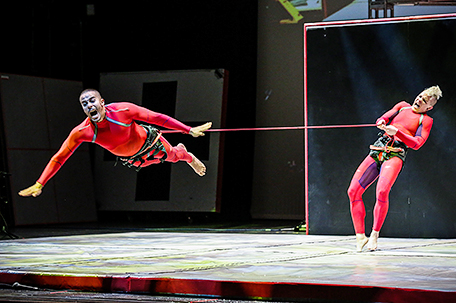 Every two years, Philadelphia is home to one of the biggest art festivals in the world. The Kimmel Center’s Philadelphia International Festival of the Arts (PIFA) is returning this summer. The City of Philadelphia will once again be transformed for 11 days of dynamic performances in dance, music and interactive visual arts. On Friday January 26th, The Kimmel Center announced the incredible line up for the event. 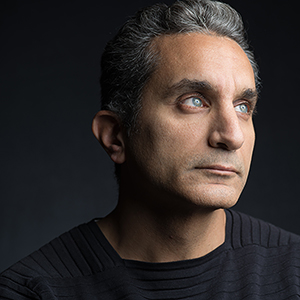 With over 50 performances by critically acclaimed, award-winning artists from all over the world, Philadelphia is in for a real treat!

Members of the media and influencers gathered at The Kimmel Center’s Hamilton Garden for the announcement of PIFA’s 2018 line up.

After the crowd mingled dining on light fare provided by Garces, the presentation and unveiling began. Jay Wahl, producing artistic director for The Kimmel Center spoke about the artists he hand selected from all over the world to participate in PIFA 2018 and the goal of the festival.

“These projects build community, they tell our stories, they show us how we move as individuals, and express ourselves as an entire city,” Wahl said.

Some of the artists included in this years line up are: 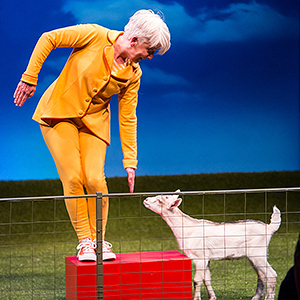 —“Doggie Hamlet” in its Philadelphia premiere. “Doggie Hamlet” is an outdoor theatrical event from award winning choreographer Anne Carlson. The performance  which will take place at Belmont Plateau, and features five dancers, three dogs and a flock of sheep.

—Bassem Youssef dubbed “The Jon Stewart of the Arab World” makes his Philadelphia debut with “The Joke Is Mightier than the Sword.” In this performance, the former heart surgeon and creator of the first political satire show in the Middle East, Youssef shares his personal thoughts on the current state of politics and the consequences of propaganda.

—Asphalt Piloten’s “Tape Riot” in its American premiere. Asphalt Piloten’s is a Berlin based company with a Swiss choreographer and Italian composer. This performance involves 2 dancers, a tape graffiti artists and a DJ. The dancers will travel down the streets of Philadelphia interpreting the new shapes created by the tape artist. These performances will take place at secret locations revealed after the purchase of tickets. 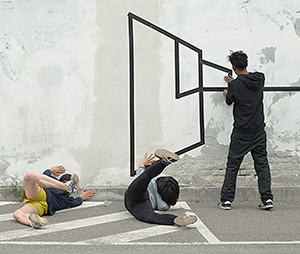 —“Taylor Mac: A 24- Decade History of Popular Music” is premiering in Philadelphia with an epic 24-hour concert. This performance art concert will be presented in two 12-hour shows and will be immersive in nature depending largely on audience participation.

—The French performance troupe Transe Express, returns to Philadelphia with the World Premiere of “Cristal Palace.”  This year’s event features 360-degree aerial performances and a musician-topped chandelier. “Cristal Palace” will be performed on the banks of the Schuylkill River every night June 1-10th (excluding June 4th) at 8:00 pm.

—The Kimmel Center commissioned world premiere of “My Organ My Seoul” comes to Philadelphia from South Korea. In this performance, Former K-Pop artist Boram Kim and his all male dance company Ambiguous Dance Company explore the role of masculinity in Korean culture.

The beauty of PIFA is that encourages art lovers from all over the world to visit our city and participate in this phenomenal display of art in a wide variety of forms. PIFA 2018 will take place Thursday, May 31st through Sunday June 10th. This year’s festivities will be capped off with the PIFA Street Fair on June 9th. The PIFA Street Fair i.e, Philadelphia’s biggest block party, will shut down 7 blocks on Broad Street between Chestnut and South Street. The event features interactive visual arts, street performers, food, vendors and more. For more information on tickets and the full list of PIFA events and performances, visit www.kimmelcenter.org/pifa.

The World of Art