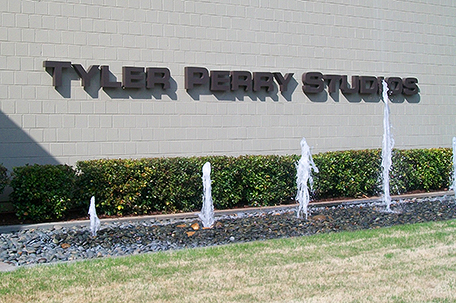 It’s not called Hollywood of the South for nothing, as more and more filmmakers I know continue to move to the state – specifically, Atlanta.

Due in part to Georgia’s Entertainment Industry Investment Act (also called the Georgia film and television credit), these five large Georgia-based studios have come together to serve as a legislative and educational advocacy group for studio and production support businesses in the Georgia film and television industry. Education of the crew members and development of talent needed to keep clients returning to Georgia will be another key focus.

Ozzie Areu, President of Tyler Perry Studios said, “Tyler Perry Studios is pleased to become a part of the Georgia Studio and Infrastructure Alliance. We believe that it is important for those investing in making this a long-term business in the state of Georgia speak with one voice. TPS is fully committed to working with state and city officials along with the other members of the Alliance to make the TV and film production business a permanent fixture in Georgia’s vibrant economic success story.”

Georgia Film, Music & Digital Entertainment Office Deputy Commissioner Lee Thomas points to the combination of the sound stages and the film tax credit making it possible to attract projects that directly and indirectly employ more than 77,900 people in the state. “Being able to provide productions with state-of-the-art infrastructure, a trained workforce and deep network of support services is essential to the sustainability of this industry,” she says.

Here are the studios involved:

Tyler was a major source of support when Michael died