TV One launches the “Creators of Cool” during Black History Month 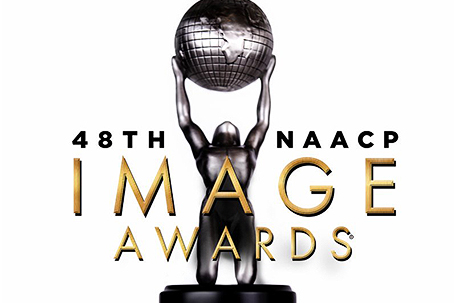 SILVER SPRING, MD–Kicking-off during Black History Month, TV One will recognize African Americans’ contributions to the world with a “Creators of Cool” campaign throughout February, featuring commentary from the cast of TV One’s original movie, ‘Media’. From music and sports legends, to dedicated civil rights leaders to extraordinary entertainers, TV One is presenting a stellar line-up of programming to celebrate African American culture and reflect upon its complex history, including new episodes of its signature and award-winning series Unsung; special feature segments about the Black experience during the network’s daily news program, NewsOne Now; the highly-anticipated premiere of Radio One Founder and Chairperson Cathy Hughes’ original movie, ‘Media’; and the live telecast of the 48th NAACP Image Awards hosted by Emmy Award-nominated actor Anthony Anderson.

TV One’s commitment to highlighting “Creators of Cool” will also include commentary on what the world would be without these influential individuals and trends. In addition, the network will offer documentary and movie premieres of “Soul Food Junkies,” “The Watsons Go To Birmingham” and “You Belong to Me: Sex,” “Race and Murder in the South.” An overview of TV One’s Black History Month programming is as follows:

TV One is the exclusive home of NewsOne Now, the only live daily news program targeting Black viewers, hosted by award-winning journalist Roland S. Martin. Now in its third season, each morning, Martin – who also serves as the program’s managing editor – focuses on the issues that impact the Black community, from politics and public policy to entertainment and beyond.

Through first-hand accounts, interviews with family and friends, and archival footage, each episode of TV One’s signature series weaves a tale of the highs and lows of a life in the limelight. The poignant stories of Unsung offer insight into the trials and triumphs faced by musical artists in both private and public forums. Season 10 continues during the month of February with episodes featuring Case, Dave Hollister, After 7 and a special tribute to the legendary Godfather of Soul, James Brown.

A NEWS ONE NOW PRIMETIME SPECIAL: EXCELLENCE IN BLACK HOLLYWOOD

In the days leading up to the 48TH NAACP Image Awards, NewsOne Now Managing Editor and Host Roland S. Martin sits down with John Legend, Issa Rae and other members of the Black Hollywood community to discuss entertainment, culture and the Black experience in television and film.

MEDIA focuses on the Jones family, who owns and operates JUMP, a dynasty that has dominated the national urban media scene for years. Between affairs and conspiracies, backdoor deals, fierce rivalries and even murder, the Jones family is doing everything they can to stop anyone or anything trying to tear them apart. MEDIA stars Penny Johnson Jerald, Brian White, Gary Dourdan, Stephen Bishop, Pooch Hall, Chrystee Pharris, Denise Boutte, Finesse Mitchell and Blue Kimble. The original movie is executive produced by Radio One Founder and Chairperson Cathy Hughes with showrunner/writer Kevin Arkadie (New York Undercover, Soul Food, The Shield).

Filmmaker Byron Hurt sets out on a historical and culinary journey to learn more about the soul food tradition and its relevance to black cultural identity. Through candid interviews with soul food cooks, historians, and scholars, the film puts this culinary tradition under the microscope to examine both its positive and negative consequences.

THE WATSONS GO TO BIRMINGHAM

Directed by Kenny Leon (The Wiz Live!, Hairspray Live!), “The Watsons Go To Birmingham” is set in the summer of 1963. Daniel (Wood Harris) and Wilona Watson (Anika Noni Rose) take their three kids on a road trip from Flint, Michigan to Birmingham, Alabama to spend the summer with Grandma Sands (LaTanya Richardson Jackson) and her friend, Mr. Robert (David Alan Grier) who show them around town. The Watsons discover that life is very different there than in Flint – and not necessarily for the better. During that historic summer, the Watsons find themselves caught up in a historic milestone of the Civil Rights Movement.

YOU BELONG TO ME: SEX, RACE AND MURDER IN THE SOUTH

The story of Ruby McCollum, a prominent Black woman in the Jim Crow south who killed a White doctor in Florida after suffering years of sexual abuse tied to practices in the Jim Crow South.