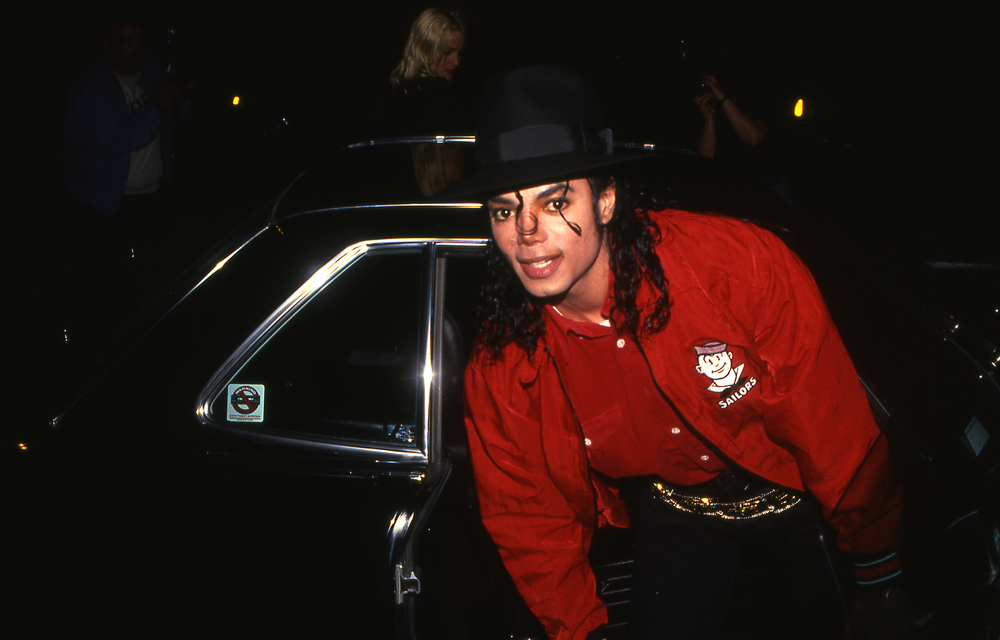 LOS ANGELES (AP) — Hundreds of Michael Jackson fans gathered at his grave for a daylong celebration of his life and music Tuesday, with some traveling thousands of miles to join in the singalongs, selfies and moment of silence that marked the 10th anniversary of the death of the King of Pop.

“If you have a depressing day, and you listen to Michael Jackson, it just seems to make everything better,” said Kurt Williams, 21, who was dressed as Jackson and flew in from South Carolina for the occasion. “He was a master singer, a master dancer and a master humanitarian.”

It was largely a lively celebration outside the mausoleum that is Jackson’s final resting place at Forest Lawn Memorial Park in Glendale, California, where his music played loudly amid a sea of floral arrangements and poster-sized pictures of the pop superstar who died at age 50 on June 25, 2009.

A solemn moment came as more than 200 fans joined hands in a giant circle at 2:26 p.m., the time Jackson died. After a moment of silence, they pointed at the sky and yelled “Michael!” in unison.

“There are people dying, if you care enough for the living, make it a better place, for you and me,” the crowd sang together in an emotional group rendition of Jackson’s anthem “Heal the World.”

Jackson’s estate also paid tribute to his life and artistry on the anniversary.
Recording artists including Ne-Yo, H.E.R., and Anderson .Paak discuss Michael Jackson’s legacy, 10 years after his death. (June 25)

“Ten years ago today, the world lost a gifted artist and extraordinary humanitarian,” the estate said in a statement to The Associated Press. “A decade later, Michael Jackson is still with us, his influence embedded in dance, fashion, art and music of the moment. He is more important than ever.”

Jackson’s estate has doggedly worked to protect and enhance Jackson’s legacy, a task made more challenging this year when two men accused Jackson of molesting them as boys in the HBO documentary “Leaving Neverland,” sparking new scrutiny of years-old claims that Jackson preyed on children.

Jackson was acquitted of abuse allegations in 2005 and always vehemently denied such allegations, and the estate and his family angrily refuted the men’s claims when the documentary was released in March, noting the men had at one time been among Jackson’s biggest defenders and one testified on his behalf at his criminal trial.

For many of those gathered at the cemetery it was a demonstration of solidarity in the wake of the documentary.

“Now more than ever, we’ve got to show that we know that Michael Jackson is innocent,” Williams said, as Jackson’s song “Smooth Criminal” blasted in the background. “There is no muting going on. There is just a life of celebration. It’s cool to be around people who feel the same way.”

Some parents brought their children to Forest Lawn.

Dominic Lendo, 6, drew the attention of much of the crowd as he showed off Jackson dance moves while wearing the singer’s Billie Jean-era garb.

“I like to sing like him, and I like to dance like him,” Dominic said as he stood with his father, Omar Lendo, 43, who added, “He loves to dance and that’s all he does all day. If it’s not Michael Jackson he doesn’t want to hear it.”

Michael Leon, 25, came from Beijing for the occasion and led the crowd in a rendition of “You Are Not Alone,” one of Jackson’s later hits.

“That song is my favorite one, and it suits the situation,” Leon said. “I’m not religious, but I hope Michael would be happy.”

Other fans came from as far as Tokyo and Florence, Italy.

A heart made from flowers in the colors of the Iranian flag featured the message “Iran (hearts) MJ.” Another flowered heart read “Love from Denmark.”

Others gathered on Tuesday at Jackson’s star on the Hollywood Walk of Fame and his last home in the Holmby Hills neighborhood of Los Angeles, where the singer received a fatal dose of the anesthetic propofol from his doctor. Jackson was declared dead at a hospital at age 50.

Thomas Mesereau, the attorney who successfully defended Jackson at his 2005 trial, issued a statement Tuesday saying “Jackson’s compassion, humanity, empathy and talent continues to inspire family, friends, supporters and fans across the globe. The legend of this great father, son, sibling and artist marches forward with characteristic brilliance and wonder. His legacy can be attacked by opportunists. But it will never be defeated.”

John Branca and John McClain, both major figures in Jackson’s career when he was alive, as co-executors have taken his badly debt-ridden estate and grossed over $1.3 billion through various Jackson-related projects in the past decade, including the film “This Is It,” a pair of Cirque du Soleil shows and the sale of Jackson assets that included The Beatles song catalog.

Jackson left everything to his mother, his children and charity in his will.