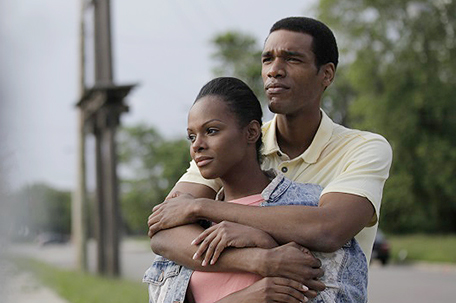 ABOVE PHOTO:  Tika Sumpter and Parker Sawyers star as Michelle Robinson and Barack Obama in the upcoming new romantic biopic of the Obamas’ courtship, Southside With You.

Miramax paid a reported roughly $2 million for North American rights to director Richard Tanne’s well-received Sundance romantic-drama, Southside With You, the lighthearted film that follows a young Barack Obama and future First Lady Michelle Robinson on their first date, during the summer of 1989.

Miramax is partnering with Roadside Attractions on the theatrical release of the IM Global-backed film, which made its World Premiere at this year’s Sundance Film Festival were it drew rave reviews.