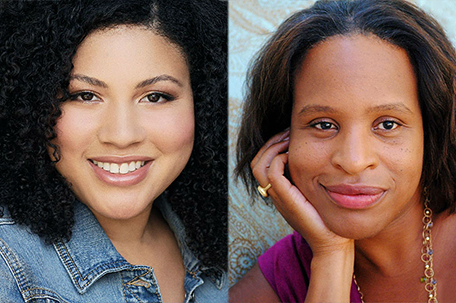 After penning scripts for “Barbershop: The Next Cut,” “Survivor’s Remorse,” and the upcoming Malcolm D. Lee feature “Girls Trip” and developing a dance-focused drama series inspired by Misty Copeland’s life — as well as acting in numerous episodes of “The Misadventures of Awkward Black Girl” — Tracy Oliver has been tapped to script the adaptation of author Nicola Yoon’s bestseller “The Sun Is Also a Star” for Warner Bros and MGM.

MGM is also home to another film adaptation of Yoon’s work, “Everything, Everything,” which Stella Meghie (“Jean of the Joneses”) is directing, with Amandla Stenberg starring.

“The Sun Is Also a Star” was published just last month (November 2016) and became an instant bestseller. Amazon summarizes the young-adult novel’s story as follows: Over the course of a single day in New York City, two teenagers who have nothing in common randomly meet and fall in love. That may sound cliché, but somehow in Nicola Yoon’s hands, it doesn’t read that way. Natasha is a practical young woman trying to keep her family from being deported in a matter of hours. Daniel is a poet at heart, but on this day he is dutifully making good on his familial commitment to a college interview. The two are inexplicably drawn to each other and somehow their paths keep converging. The novel is told in alternating points of view, and one of the special touches of Yoon’s book are the chapters narrated by people who are unintentionally part of Natasha and Daniel’s story, mirroring our almost spooky interconnectedness. ‘The Sun is Also a Star” is a thought-provoking story of possibility, fate, and the illogical beauty of love.

Alloy Entertainment is producing the MGM adaptation of the novel which is a finalist for the 2016 National Book Award.

In addition to scripting the adaptation, writer, producer, and actress Tracy Oliver will also be the executive producer for “The Sun Is Also a Star.”

No director is attached at this time.